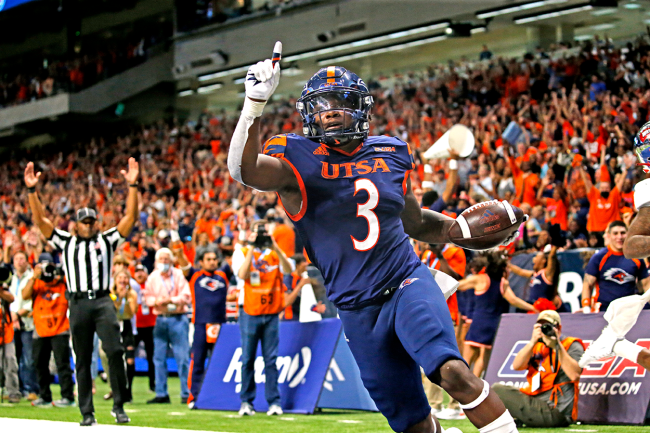 The University of Texas at San Antonio football had its best season in program history last year. The Roadrunners went 12-2, won the Conference USA and were ranked as high as No. 15 in the country at one point.

It appears as though the color of the players’ urine may have had something to do with UTSA football’s success.

Five years ago, it was revealed that then-University of Texas head coach Tom Herman had a ‘Hydration Chart’ posted in every team bathroom. The chart evaluated the color of the Longhorns’ pee and gave them a label based on the color.

We just passed the five-year anniversary of @AnwarRichardson revealing this to the world. pic.twitter.com/SSuLWQeD6d

Herman was ultimately fired at Texas and it is unclear whether the Hydration Chart lives on under Steve Sarkisian. Whether it does or does not, the pee chart’s legacy lives on just an hour southwest in San Antonio.

The Athletic’s Sam Khan Jr. recently shared UTSA’s Hydration Chart and it puts Herman’s to shame. Where the chart at Texas had four categories, the Roadrunners — though loosely based on the other — have seven.

If your urine is clear, you won the day. If it is slightly less clear, you are still on the positive side of things, selfless, and possess integrity.

Should your urine dip to a darker yellow, you cross over into mediocrity at its finest. You are either a selfish teammate, mentally and physically weak, or juiceless and useless.

Jeff Traylor is running a tight program in San Antonio and is clearly putting an emphasis on hydration. If UTSA can replicate its success from 2021 in 2022, it might be time for other college programs to rollout detailed pee charts.