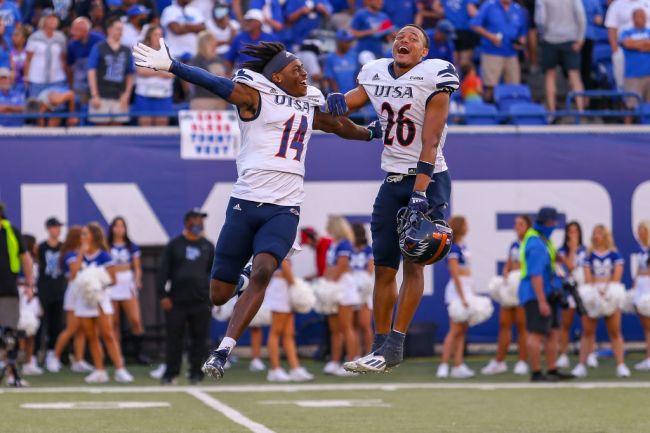 As the college football offseason slowly approaches (doesn’t it feel like Week 0 was just yesterday?), the coaching carousel is beginning to spin. Four Power-Five FBS programs have already announced that they will be seeking a new coach for 2022 and the list will only continue to grow.

Up until this weekend, one of the biggest names on the list of candidate across the country was Jeff Traylor. Traylor, 53, is currently the head coach at the University of Texas at San Antonio.

He previously served as the assistant head coach at both SMU and Arkansas after beginning his collegiate career with Texas. He only signed on as the head coach of UTSA in 2020, but he has already made significant waves.

The Roadrunners, who only played their first season on the FBS level in 2013, have won eight games just one time since the program was founded in 2011— and it came on the FCS level. This year, in 2021, UTSA is 8-0 under Traylor and ranked No. 16 in the country. It is the highest ranking in school history.

As a result of the success, Traylor’s name has been floating around for job openings at other, larger programs. Specifically, it was expected that Traylor would be in the mix for the Texas Tech job.

However, he is no longer.

The university announced on Sunday that Traylor has been signed to a contract extension that will be an average of $2.8 million per season over the next 10 seasons. It isn’t guaranteed that Traylor will stay in San Antonio forever, but this is a big step toward locking him down for the foreseeable future, and most certainly next year.

When Lisa Campos, the Vice President for Intercollegiate Athletics at UTSA, broke the news to the team, the players’ reaction was incredible:

.@UTSAFTBL players were told of @CoachTraylor’s contract extension at their Sunday team meeting. @LisaUTSA: “This is your guy, this is our guy for the next 10 years” pic.twitter.com/S1a73OoFrA

Player/coach relationships like the one that Traylor has clearly built with his team is what makes college football great. It’s the passion, the emotion and the relationships.