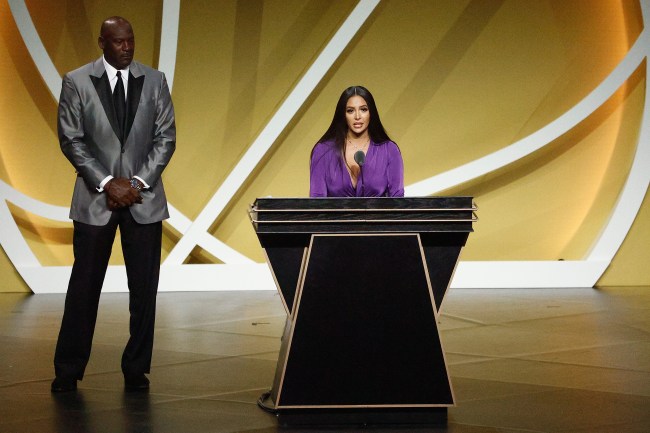 On Saturday night, Kobe Bryant was posthumously inducted to the Hall of Fame over a year after he passed away in a tragic helicopter accident.

Kobe’s widow Vanessa was on hand to speak on his behalf and during her speech she revealed that her husband wanted to make peace with his estranged parents before he passed.

According to Vanessa, a week before he died Kobe had told her he planned to invite his parents Joe and Pamela Bryant to his Hall Of Fame ceremony despite the fact they hadn’t spoken in years.

Vanessa Bryant says Kobe wanted his estranged parents to come to his Hall of Fame ceremony before his death, Vanessa thanks Pam and Joe Bryant for raising Kobe pic.twitter.com/e9dIyv19fd

“He didn’t really talk about upcoming awards but he did mention this one a week before he and Gigi passed. My husband and I were sitting at our kitchen island and he and I had a conversation about my mother and father-in-law attending tonight’s enrishment. I invited my mother and father-in-law to tonight’s enrishment to thank them for bringing one of the most amazing human beings into this world. Pam and Joe thank you for raising Kobe for being exceptional”

For those who don’t know, Kobe was not on speaking terms with his parents prior to his death due to the fact he was angry at them for selling his memorabilia behind his back.