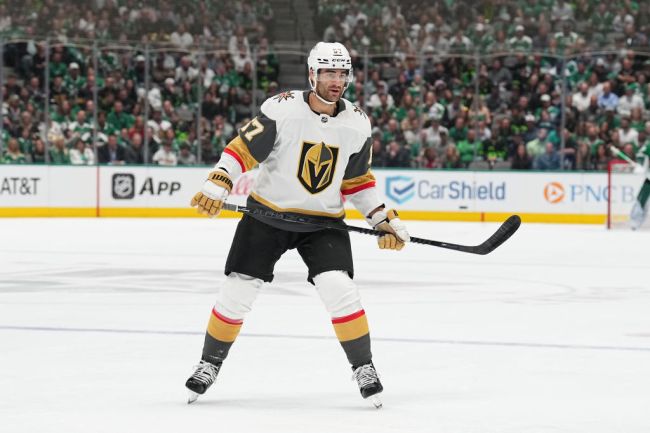 Over the past couple of years, the Vegas Golden Knights have been responsible for some of the worst trades in all of sports.

First, they traded Marc-Andre Fleury to the Chicago Blackhawks in exchange for nothing after he had just won the Vezina Trophy. Then, in the middle of this past season, they attempted to trade Evegenii Dadonov to the Anaheim Ducks only to have the deal overturned after the trade deadline because the Ducks were on Dadonov’s list of teams he couldn’t be traded to.

Today, they made their trade history even worse. Today, Elliotte Friedman reported that the Knights are trading Max Pacioretty and Dylan Coghlan to the Carolina Hurricanes in exchange for future considerations to dump Pacioretty’s salary.

Future considerations are the return for cap reason. And it’s Dylan Coghlan

The trade marks a second consecutive offseason where the Knights traded away one of their stars to get nothing in return.

In back to back offseasons the Golden Knights have traded away their Vezina-winning goalie and their top goal scorer.

In return they’ve gotten… absolutely nothing.

It’s incredible that the Knights have managed to put themselves in a situation where they have to continue giving away talent.

Now, they have to try to find a way to replace Max Pacioretty’s scoring on a roster that had already struggled to score in important games over the past couple of seasons.

Fans had already begun to get frustrated with the management of the Golden Knights after the Fleury trade. Missing the playoffs for the first time in franchise history and then giving away Pacioretty isn’t going to help them make those fans any happier.

If the Knights continue making these kinds of deals and don’t return to contender status, the calls for a change in management are only going to get louder.