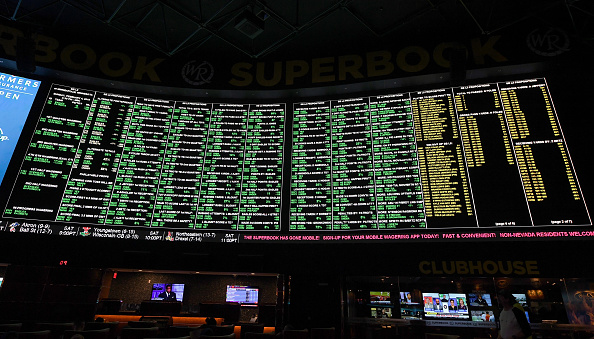 It was a rough week for Vegas after several Vegas sports books reported big losses after this weekend’s slate of NFL games.

According to ESPN, Nevada sports books lost between $7 million and $10 million on NFL games in what is being considered the worst Sunday of the year for Las Vegas.

Nevada industry sources estimated the state’s sportsbooks lost in the range of $7 million to $10 million overall on Sunday.

In the early games, the books found themselves holding lopsided betting action on the Minnesota Vikings and Pittsburgh Steelers, two popular picks that easily covered the spread. Their fate was sealed by the Kansas City Chiefs, the most heavily bet favorite on the board Sunday.

Kansas City closed as an eight-point favorite over the Cleveland Browns and won 37-21. Eighty-eight percent of the money wagered on the point spread at William Hill’s sportsbooks in Nevada and New Jersey was on Kansas City.

It seems like it was just one of those weeks where Vegas was outsmarted by the public.

The public just nailed it,” Boyd Gaming sportsbook director Bob Scucci said in an email. “They had the big favorites — Bears, Chiefs, Panthers and Vikings — as well as the short ‘dogs, Texans and Steelers. And a lot of the overs.

“By the time we got to the two biggest games — Packers-Patriots and Rams-Saints — there were so many parlays alive that we were going to lose no matter what.”

Vegas bookmakers were crushed so badly that they couldn’t stop crying about it to reporters.

"Goes on the list of top 10 worst Sundays for us." –MGM vice president of race and sports Jay Rood.

"Today’s outcomes have been less than ideal. I don’t know where exactly it’ll fall on our all-time list, but it’s one of the worst NFL Sundays that I can remember." — Caesars Palace sportsbook manager.

Of course no one felt bad for the Vegas bookmakers.

Oh my god I feel so bad for them

Poor Caesar’s. Charge $13 a beer and don’t give out drink tickets. Oh yea. That’s already what you do.

I feel so bad for them. He should start a GoFundMe and we can all donate

We all know that Vegas is going to recoup their losses but it’s good to know that for one week they got outsmarted by regular joe schmoes.