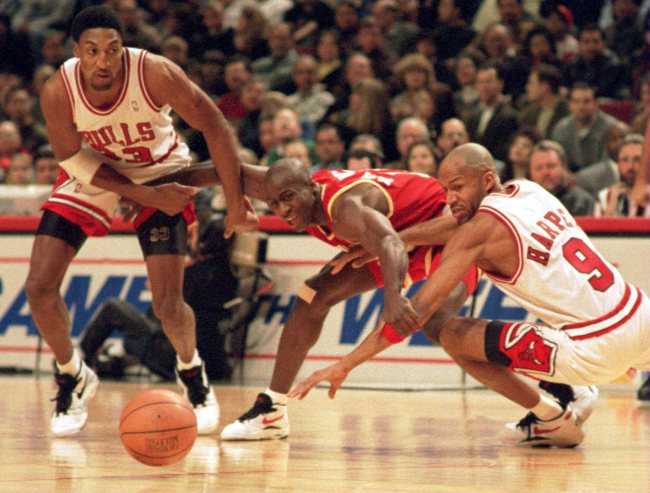 The 90s were wild—windbreakers, promiscuous presidents, Vernon Maxwell bringing firearms into arenas like an extra pair of shoes, smoking on planes, Korn with a backwards K, a pogs pandemic. Chaos.

Vernon Maxwell didn’t earn the nickname Mad Max over his 13-year NBA career because he’s a cinephile, he earned it because Mad Max is the only suitable nickname for a guy who once brandished a free weight as a weapon to use against then-teammate Gary Payton in a locker room fight, quitting a championship team in the ’95 playoffs, and Malice in the Palacing before it was hip.

Mad Max appeared on the Ringer’s Real Ones podcast with Raja Bell and Logan Murdock—and aside for setting a record for 2,834 “muthafuckas” in one podcast—confirmed the NBA urban legend that Max bring a loaded gun to play pickup across the country.

(16:00 mark. It’s worth it to listen instead of the transcription)

“That’s the truth. The only reason I used to have it is because I know myself and the pickup games. I used to go all over the country and play everywhere. I knew myself. I was going to get caught in a setting and I knew I was going to need that muthafucka.”

“When I used to go to the damn arenas, I used to have it in them arenas. City to city. State to state. I had my backpack on…I had my shit with me. I was locked and loaded. All the time.”

Maxwell then claimed his weapon of choice was a 9 mm. Thrown in a backpack. To play basketball.

I’d harvest my organs to be a fly on the wall of those pickup games.

Doughy Accountant Who’s Only Hooping To Lose 10 Pounds For His Wedding: Foul.

Accountant: Sir, you broke my arm. 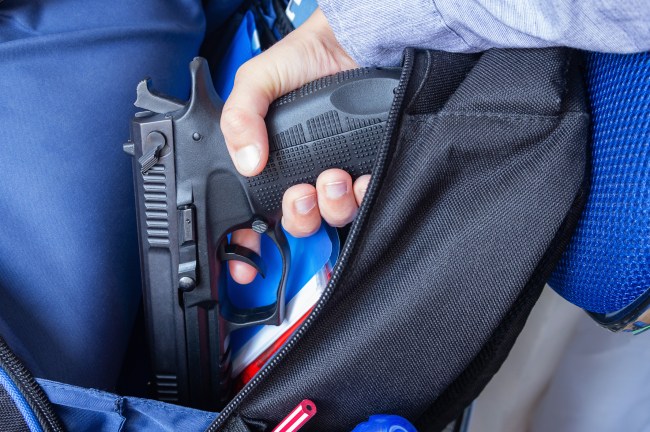 Raja claimed the rumor to be ubiquitous throughout NBA inner circles, and it certainly jives with an incident in ’95 when Maxwell reportedly removing a handgun from his car after a fight with teammate Carl Herrera.

It should also be noted that Vernon Maxwell is a two-time NBA champion. Couldn’t happen to a nicer guy.