This Musical Video Tribute To Nathan Peterman, Showing Every Interception Of His Bills Career, Is F’in Glorious 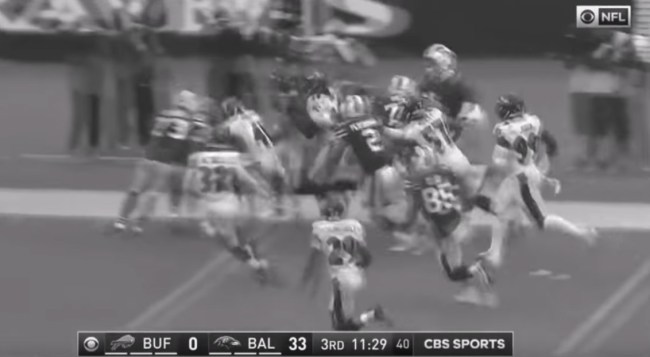 Legendary quarterback Nathan Peterman may not be throwing any more passes for Buffalo after FINALLY being cut loose this week (and the fans didn’t even have to pay him), but this glorious musical video tribute chronicling every interception he threw for the Bills in his eight-game career will live on forever.

Now please join me in a loving look back at every interception in Nathan Peterman’s Buffalo Bills short, but very eventful career, set to the musical stylings of Boyz II Men singing their 1994 hit “It’s So Hard to Say Goodbye to Yesterday.”