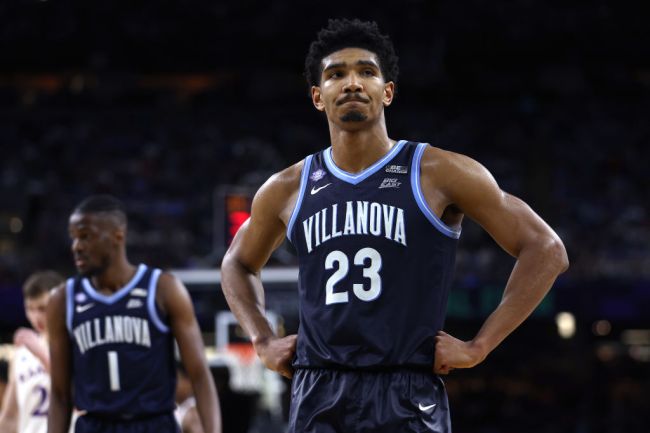 Villanova entered tonight’s matchup against Kansas with a chance to not only make it to their 3rd NCAA final in the last 6 tournaments, but also had a shot at making history. Unfortunately for the Wildcats, they only accomplished one and it’s likely the one they cared about less.

Villanova entered the game with the highest free throw shooting percentage in NCAA history, slightly ahead of Harvard’s 1984 squad. In spite of uncharacteristically missing 2 free throws in the game, Nova finished the game shooting 83% from the line for the season, setting a new NCAA record.

Villanova’s season is over, and the Wildcats are the greatest FT shooting team of all time:

Their free throw shooting didn’t come into play much during today’s game. Nova only shot 10 free throws in the game, making 8. Instead, the game was more about the insanely hot shooting of Kansas.

Villanova entered the game as a top 20 defense in the country and had allowed an average of only 55 points per game in the tournament so far. Kansas didn’t seem to get the memo.

The Jayhawks shot 53.7% from the field and 54.2% from 3 en route to scoring 81 points. Kansas came out firing from the start and jumped out to a 10-0 lead. It was a lead they would never relinquish as Nova never got closer than 6 for the rest of the game.

It won’t do much to help with the sting of being eliminated in the Final Four, but that free throw record is a testament to the talent, hard work, and discipline of this Villanova team.

However, it will be Kansas waiting to see whether they will be taking on Duke or North Carolina on Monday night.