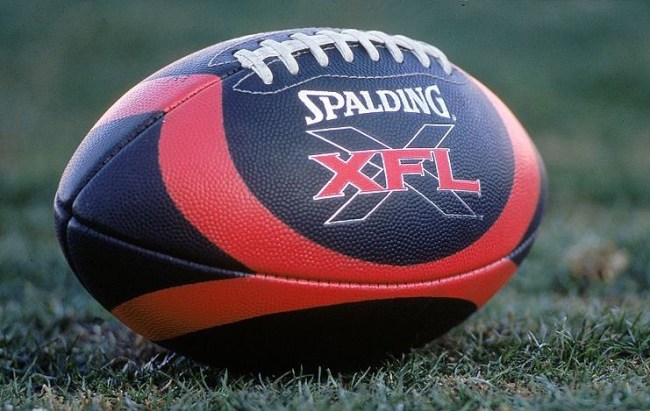 This year, the NFL celebrated its 100th year of existence and did everything that was humanly possible to constantly remind people it’s been around for a century over the course of a season that ended with a Super Bowl the league ushered in with a lengthy commercial to hammer its point home one last time.

Over the course of the NFL’s existence, a number of other organizations have attempted to compete with the league to varying degrees of success. The American Football League managed to hold its own in the 1960s before ultimately merging with the NFL but other potential rivals weren’t so successful.

The most notable example is the USFL, which successfully filed an antitrust lawsuit against the NFL in the 1980s only to promptly collapse after the jury awarded it a whopping $3. There was also the Arena Football League (which went defunct despite the best efforts of Jon Bon Jovi), and most recently, the Alliance of American Football presented itself as a worthy alternative before imploding in spectacular fashion following a glorious eight-week run.

Of course, you can’t talk about NFL competitors without talking about the XFL, which promised to turn the football world on its head when it kicked off its inaugural season in 2001—which also happened to be its only season.

However, two years ago, Vince McMahon took a page out of the strategy book Hollywood has employed over the past decade when he announced he was rebooting the XFL, which will officially begin its belated second season this weekend.

Last year, the WWE chairman unloaded $272 million worth of stock to help fund the venture, but according to wrestling insider Dave Meltzer, Mr. McMahon is preparing to go $375 million into the red over the next three years to keep the XFL alive as he angles for an eventual payday in the form of a broadcasting deal:

“Vince has earmarked $300 million and that’s going to get them through 2.5 seasons and he’ll put up more later. The way this whole thing is structured is Vince is probably going to lose about $375 million over the next three years on this league and he will and he knows and that’s what he’s going to do.”

Then at the end of those three years, the idea is he’ll be able to get television deals that will total over $125 million a year which would cover his losses and then he’s okay. There’s a lot of factors involved in that and again, the ratings are one of them. If these stations feel that it’s valuable enough to pay that much, it’s not as long a shot as everyone thinks.”

That’s a bold strategy, Cotton. Let’s see if it pays off for him.