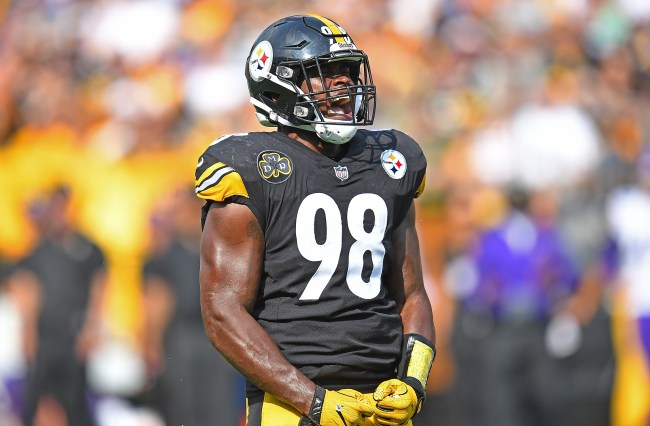 So the training camp arrival spectacles are officially a thing and most of them I can do without. Antonio Brown made the rounds on social media today for showing up in a helicopter (an entrance tactic he STOLE from Reggie Wayne, who did the same thing in 2013!)

Hours later, Brown was upstaged by his own teammate, Steelers linebacker Vince Williams, who executed arguably the greatest training camp entrance since the great Reggie Wayne dressed in full military garb and was escorted by the 38th Aviation Brigade military members into camp.

The 28-year-old Williams channeled his inner Stone Cold Steve Austin by arriving to camp in Austin’s signature black studded vest, jean shorts, and championship belt. He pulled up in a black pickup truck blaring Austin’s iconic theme music (you know the one).

I give the entrance an 8/10. Would have been a perfect 10 but Vince missed one crucial element: