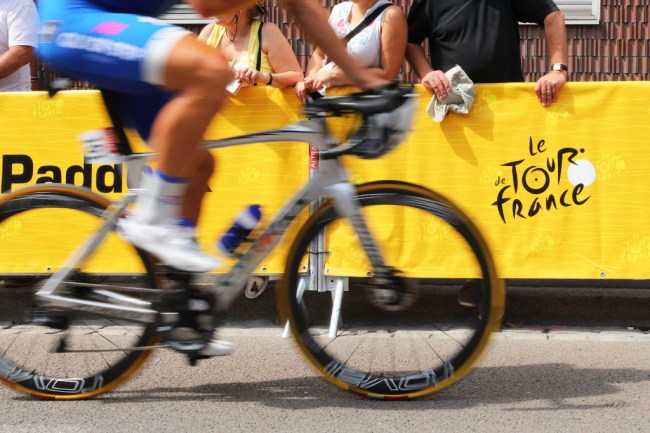 I don’t know many people who would describe themselves as diehard cycling fans but you don’t have to be one to acknowledge the Tour de France is undeniably one of the most legendary sporting events out there. The iconic race is an incredible test of endurance, as riders must brave 21 stages taking place over a 23-day period on a course that covers over 2,000 miles of roads across France.

I’ve been a mountain biker for a long time so I always like to make fun of road bikers and their spandex. However, at the end of the day, I can’t help but respect the hell out of them—especially at the professional level, as I’m fully convinced I would keel over and die if I tried to finish the Tour, (let alone win).

I’ll never know for sure but I bet that first post-Tour beer hits different than any other.

The Tour De France has taken place every July since 1903 (aside from the few occasions where a World War got in the way) but this year’s race failed to avoid the fate basically every sporting event scheduled for the summer of 2020 suffered when organizers decided to move it to September.

However, according to Outside Magazine, the world’s top cyclists have banded together in an attempt to make up for the first Tour-less summer in 73 years by figuring out a way to hold a modified Tour De France, as they’ll be following in the footsteps of everyone who pulled the trigger on a Peloton over the past few months by staging a race with the help of Zwift, an indoor simulator that allows riders to compete in real-time with other competitors who are represented by avatars on a virtual road.

There will be 23 teams of male riders and 17 on the women’s side participating in an abbreviated Tour that will see them taking on six different stages. The first two stages will take place in Zwift’s virtual world (known as “Watopia”) but the company was able to virtually recreate some of the locations from the actual Tour course in France, including the legendary finish line in Paris. In my humble opinion, it would be cool if they could have the race on like, the rings of Saturn or something, but that’s just me.

The event will also be broadcast around the world (NBC Sports will air it in the United States), and while it might not be as exciting as the real thing, the virtual races that NASCAR held were a surprisingly solid alternative to the real thing so here’s to hoping the same can be said for this.