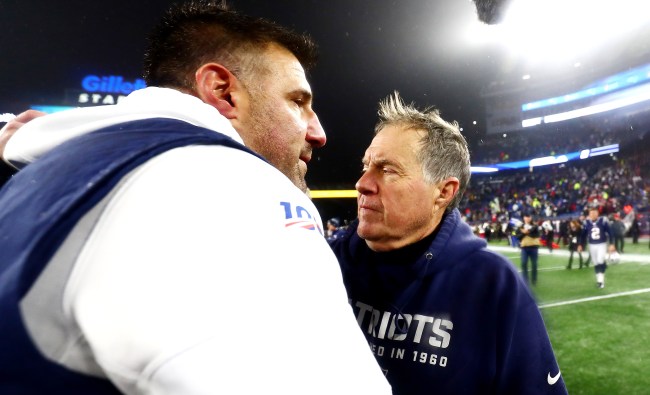 It was a moment that any and every NFL fan outside of New England will hold a special place in their hearts for the rest of their lives. January 04, 2020, Foxborough, Massachusetts, AFC Wild Card Playoff Game, Titans vs. Patriots, and Tennessee head coach Mike Vrabel causing The Hoodie Bill Belichick to absolutely lose his mind at being one-upped by the very rule loophole that he himself had used in the past to milk time off the clock.

It was so freaking beautiful. Let’s relive it one more time, shall we?

Oh sure, the rules loophole has now been closed. Why it wasn’t when Belichick used it to his advantage before Vrabel pulled it off is a bit of mystery, but it’s no longer an option for NFL head coaches. But we will always have that memory of when the admittedly very impressive New England Patriots’ dynasty officially came to a screeching halt. 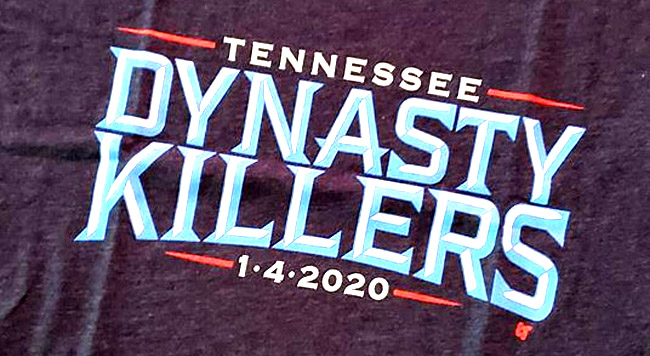 This week, during an appearance on Dan Hellie’s Helliepod podcast, Vrabel discussed his using that rules loophole against his former coach and Belichick’s reaction to being helpless to stop him.

“Did you glance across the field and see how pissed off he was when that was going on?” Hellie asked Vrabel.

“Stretch did, Stretch (Titans assistant coach John Streicher) was upstairs,” Vrabel recalled. “You know, my man Stretch, right? Stretch does a fantastic job upstairs. He’s committed to being my eyes upstairs and helping me. He is like my coordinator. … He’s like, ‘You gotta see Bill. Bill’s losing his mind.’ And I was like, it’s all relative, you know what I mean?

“And I’m like, ‘Hey, listen, we’ve got to finish this game off and we’ll see what happens and… you know, it was only done four times last year. It’s got to be the right situation… I would have gone for it, but we lost like five yards on third down. … That’s why we thought it was the right time to do that situation, execute it.”

So great. As was Belichick’s presser after the game.

Listen to Vrabel’s entire appearance on Helliepod below…