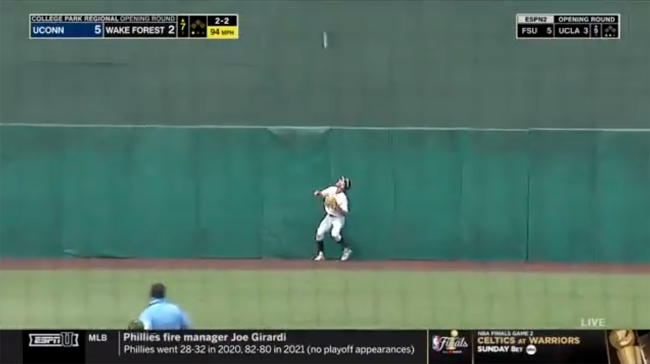 Wake Forest centerfielder Pierce Bennett may want to stay off of the internet and out of his group chats this afternoon. He got got on national television and it was rather embarrassing.

During the seventh inning of the Opening Round of the College Park NCAA Baseball Tournament Regional, UConn held a three-run lead over the Demon Deacons. It almost became a four-run lead, and Bennett thought that things were trending that way. They were not.

Huskies senior Erik Stock stepped up to the plate with a 2-2 count and drove one deep to centerfield. Before we go any further, take a look at Stock— he looks exactly how a college baseball senior who pitches and rakes should look. 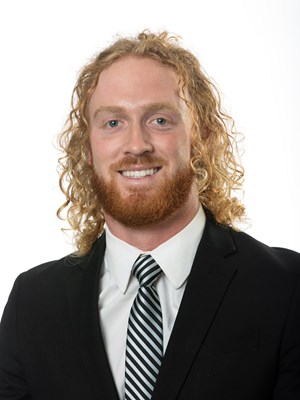 I digress. Stock got ahold of one that looked like he might fly out of the ballpark. Bennett certainly played it as if the ball was gone.

He ran straight back, ran into the wall and got disoriented, and immediately looked up to try and see if the home run went over the fence. It did not.

Rather than flying an extra two feet for a dinger, the ball dropped out of the air right on the warning track and right on top of Bennett. It was a direct headshot.

Stock ended up legging out a triple while the outfield tried to catch up with Bennett’s blunder and later scored. Take a look at the #NotTop10 play:

Bennett probably knew the onslaught that was to come the second the ball hit his head. But at least he didn’t Canseco it.