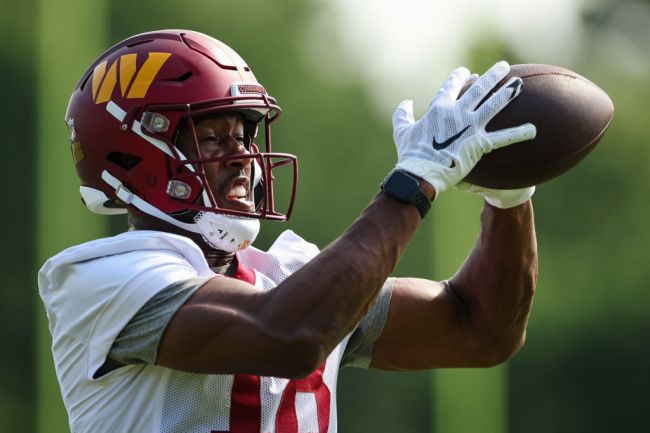 It doesn’t seem like it was all that long ago that Antonio Gandy-Golden was one of the darlings of fantasy Twitter. Drafted in the 4th round by the Washington Commanders thanks to a big senior season at Liberty, Gandy-Golden was expected to be able to carve himself out a role in the Commanders’ offense and was seen as a promising late-round flyer in dynasty leagues.

Unfortunately, that role didn’t materialize during his rookie season and the Commanders added Dyami Brown and Curtis Samuel to their receiving corps the following offseason. Despite both of those players spending most of the season dealing with injuries, Gandy-Golden still couldn’t work his way into the rotation at receiver.

This summer, the Commanders spent a 1st round pick on Jahan Dotson, crowding the receiver room even further.

Now it seems Gandy-Golden will never end up actually becoming a regular player at receiver as head coach Ron Rivera announced today that Gandy-Golden would be retiring from football to return to school.

The timing of the announcement is especially surprising right now as it had recently been reported that Gandy-Golden would be trying to switch to a new position. He was expected to utilize his size to attempt to transition to tight end.

Gandy-Golden would have faced much less competition for a role at the tight end position. The Commanders will head into next season with Logan Thomas once again expected to be their TE1, but he spent a lot of last season injured.

The Commanders don’t have a ton of reliable options behind Thomas. John Bates made 20 catches as a rookie last season, Cole Turner was just drafted in the 5th round by the Commanders, and Sammis Reyes didn’t make a catch as a rookie.

However, it seems Antonio Gandy-Golden has his heart set on continuing his education rather than trying to switch positions in the middle of his NFL career.