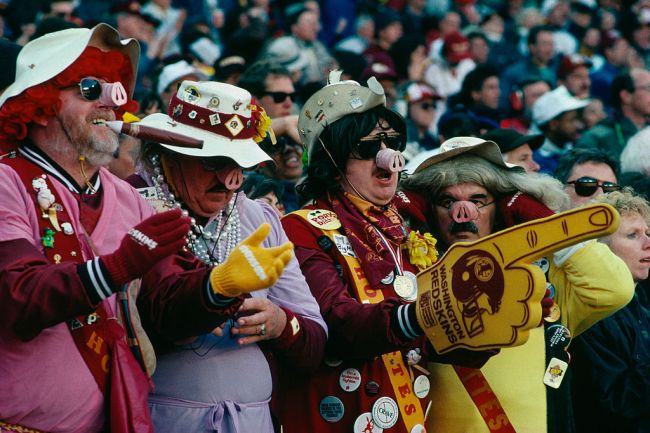 Just want to repeat….they have decided on the name. The “3” finalists include a plan B and plan C in the event the vetting of their choice somehow fell apart. But they have it. I don’t know what it is but I do know that it’s not WFT. #WashingtonFootball

Should the Team’s first choice fall through for whatever reason, Sheehan says that it will fall back on the rest of its top three.

Sheehan’s report comes one day after WFT co-Owner and co-CEO Tanya Synder joined The Adam Schefter Podcast. During the appearance, she confirmed that the organization has three final names in mind. Snyder also provided eight (previously released) names that are in the mix.

When Schefter asked if those are the choices, she said yes.

Schefter:”Those are the candidates, right?”

Snyder: “That’s right. Has that been said?”

However, the Football Team backtracked on Wedneday and wanted to clarify that it was not the final list of eight names. Sheehan didn’t buy it.

Comedy show per usual. Clarifying confusion with confusion. Either tell us the name already or STFU until the season is over. We’re on the brink of the season….time to shift focus from names to games. #WashingtonFootball https://t.co/SjQwk5pq3b

It is assumed that the top choice was included in Synder’s list, which included the following (in no particular order):

Sheehan says that it is not the Washington Football Team, which narrows it down to seven. Each of them are either terrible or incredibly meh-inducing.

The Red Hogs would be objectively hilarious, so that is my top choice. However, comedic reasoning aside, the Red Wolves, Armada, or Brigade probably make the most sense…

Even though they are each very lame. I would be curious to know what a logo looks like for the Presidents, because that could be a cool way to tie in Washington D.C. if executed properly. The Defenders was already used by the city’s XFL team so that shouldn’t be it, and the Commanders just doesn’t jump off of the page.

In truth, if the Washington Football Team has a good season — and it might — they might abandon ship and stick with the generic name. It could be worse. It could be the Red Hogs!