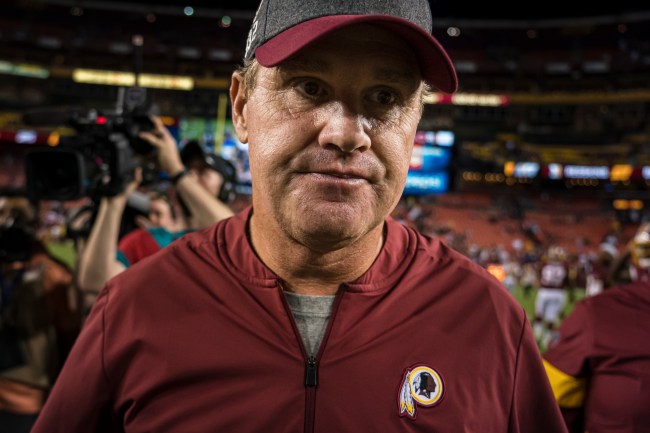 Throughout the years, Romo has made a name for himself by calling out plays before they happen while in the broadcast booth.

“Oh, they’re killing it. Usually means a motion and a run out wide to the right.” – Tony Romo before Patriots' play

While speaking to The Athletic before the Super Bowl, Gruden said he believed he could do a better job than Romo at predicting plays before they happen because the CBS analyst only gets the calls right about 30 percent of the time.

I could do it every time. He’s only right like 30 percent of the time. Those are usually pretty obvious, I mean (laughs). Nobody talks about the times when he’s wrong, but when he’s right, holy cow, he’s a genius. Oh, come on, man. Sure, it’s a run. Nope, it’s a pass. Sorry, I was wrong.

Gruden is wrong about Romo’s predictive abilities. Last year, The Wall Street Journal reviewed all 2,599 plays Romo called during the season and found that when he predicted plays he was right 68 percent of the time.

Romo is actually right on 68 percent of his play predictions which is higher than Jay Gruden's winning percentage as a coach. https://t.co/Hu32Y4hhk1 pic.twitter.com/crl7iiWnyp

Jay gurden a Mediocre coach and a hater lol https://t.co/7JgHl9suWn

Jay Gruden sounds like a hater to me…. https://t.co/lJkHkil755