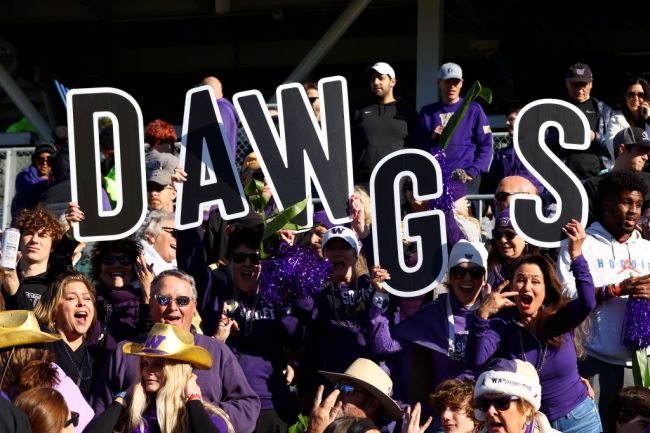 The University of Washington hosted their spring football game. The game was intended to be a celebration for a program that has undergone huge changes this offseason. It was televised on the PAC-12 Network and promoted as a big event.

Then the game came around and there was just one problem. I guess it was kind of a big problem. Nobody showed up.

To begin with, who thought it was a good idea to play a Spring Game during the NFL Draft? Planning an event like that on a day where football fans are already busy is just asking for a poor turnout at the University of Washington.

It also shouldn’t come as too much of a surprise that fan morale for the Washington Huskies is at an all-time low. The Huskies went 4-8 last season, which was their worst record since 2008.

The season was a massive disappointment for a team that opened the year as the 20th ranked program in the country, only to open the season with a loss to Montana, who plays in the FCS. This season brought an end to what had been a very successful run for Washington that even saw them win the PAC-12 title a few years ago.

While there are surely plenty of schools that don’t get much fanfare for their spring football game, but this looks particularly bad for a Power 5 school. That is especially true as Washington’s rivals Oregon just packed the house for their spring game and morale is seemingly as high as ever at USC.

Maybe the program’s overhaul can help them get back to winning this season and convince at least 200 people to show up to their next spring game.