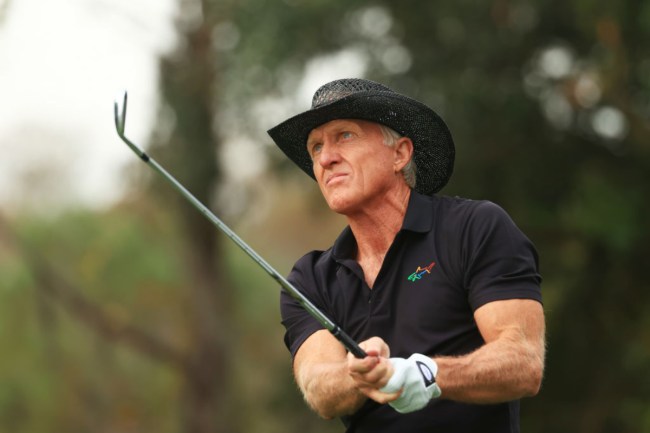 The newest installment into ESPN’s 30 for 30 series, ‘Shark,’ examines the career of two-time major winner Greg Norman and how the final round of the 1996 Masters influenced what was to come for the World Golf Hall of Famer.

Throughout his golf career, Greg Norman was known for his bold and aggressive style of play. His playing style ultimately afforded him 20 PGA Tour wins and two Open Championships, but it also costs him wins as well, including the 1996 Masters.

Norman opened the 1996 Masters with a course record-tying 63 and remained atop the leaderboard through the opening three days of play. He took a six-shot lead into the final round but walked off of the final green shooting a Sunday 78 to finish runner-up to Nick Faldo.

It’s no exaggeration to say that the final round of the 1996 Masters was the worst day of Norman’s career. ‘Shark’ brings Norman back to Augusta National a quarter-century after his historic collapse as he re-lives his nightmare of a day. Norman re-watches moments of his disastrous final round during the documentary.

Jason Hehir, who also directed ‘The Last Dance’ and ‘The Fab Five,’ explained how he was excited to share Norman’s story and how Augusta National molded his legacy.

“There are places in sports that have such a mystique that they can forever shape the way we remember an athlete. Augusta National is one of those places,” Hehir said via a press release. “Greg Norman is by any objective measure one of the greatest golfers to ever play the game.”

“But despite all his success, he’s perhaps remembered most for his failure at the Masters, particularly his excruciating collapse on final Sunday in 1996. I was excited for the opportunity to tell the story of one man’s career through the prism of such a sacred site, and to examine the power of one place to mold a man’s legacy, for better or worse.”

How To Watch And Stream ESPN’s Greg Norman Documentary ‘Shark’

‘Shark’ will premiere on ESPN on April 19 at 8:30 PM EST and will immediately hit ESPN+ after the initial premiere. You can access every ESPN 30 for 30 documentary via ESPN+ – sign up here.

ESPN+ is available on the ESPN app, which is accessible on mobile devices as well as Apple TV, Amazon Fire TV, Chromecast, Roku TV, among other streaming devices.

ESPN+ subscribers can stream ‘Shark’ on their computers on ESPN.com as well.

The BroBible team writes about products that we think you want. Occasionally, we write about items that are a part of one of our affiliate partnerships and we will get a percentage of the revenue from sales.