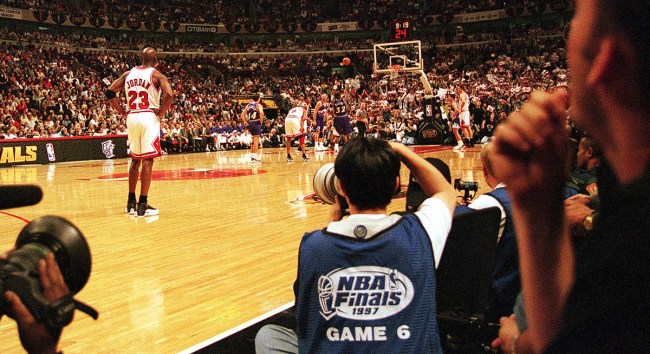 When it comes to sports, there is no question teams would rather play in front of a home crowd than at a hostile road venue, especially in the playoffs. But which cities offer the best home field advantages? Do some sports have a bigger advantage than others?

To find out, the team over at Casino.org analyzed the historical win data of all the major pro teams to determine which sports and teams have the best home advantage and which have the worst.

As for which sport has the biggest home team advantage, much is made over being able to play at home when it comes to the NFL playoffs, but historically it turns out that it matters the most to NBA teams.

Read on to learn which cities are most likely to witness a win at home, and which teams leave fans frustrated.

According to the stats, overall the home team wins nearly 56 percent of the time, but some cities and their fans seem to provide a little extra boost.

San Antonio led all cities in the percentage of home games won, chalking up the win in almost three-quarters of contests. Curiously enough, all of the winningest home cities were one-team towns, and all except Green Bay are home to NBA franchises.

Chicago and Washington, D.C. were particularly tough places for spectators with win percentages below average for a sports city. Hockey towns had it the worst, however, when it came to witnessing losses. The bottom five cities on the list all host hockey teams.

In the NFL, no team has delivered at home more often than the Pittsburgh Steelers and their Terrible Towels. Denver came in a close second, probably thanks to playing in Mile High Stadium.

Los Angeles, on the other hand, is home to two football teams that have been likely to disappoint on Sundays. Meanwhile, in Cleveland, well… 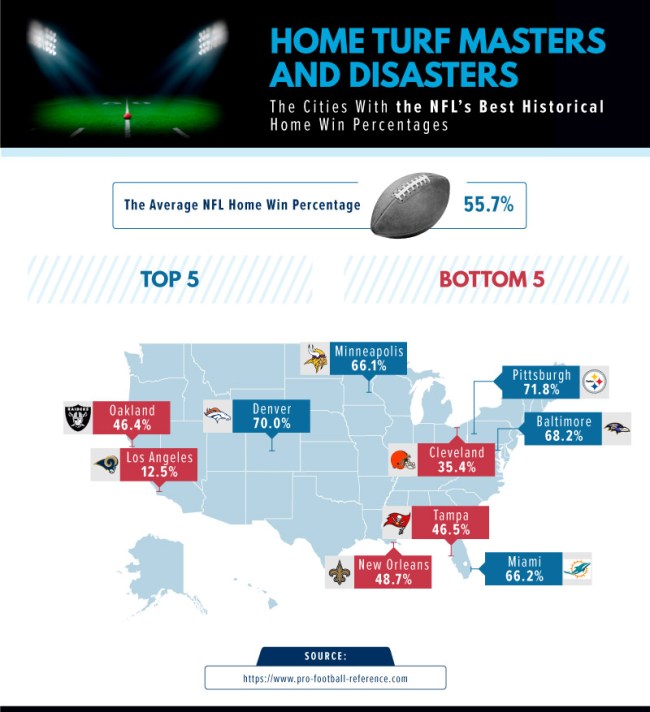 When it comes to baseball, New York and Los Angeles come out on top the most when playing at home as each fanbase saw their teams win more than 57 percent of the games they played locally.

On the other side of the ledger, the Padres barely win more than half of their games played before a hometown crowd, while other non-contenders like the Phillies, Mariners, Rays and Marlins also make their fans suffer at home. (Though not very many of them when the Phillies travel to Miami.) 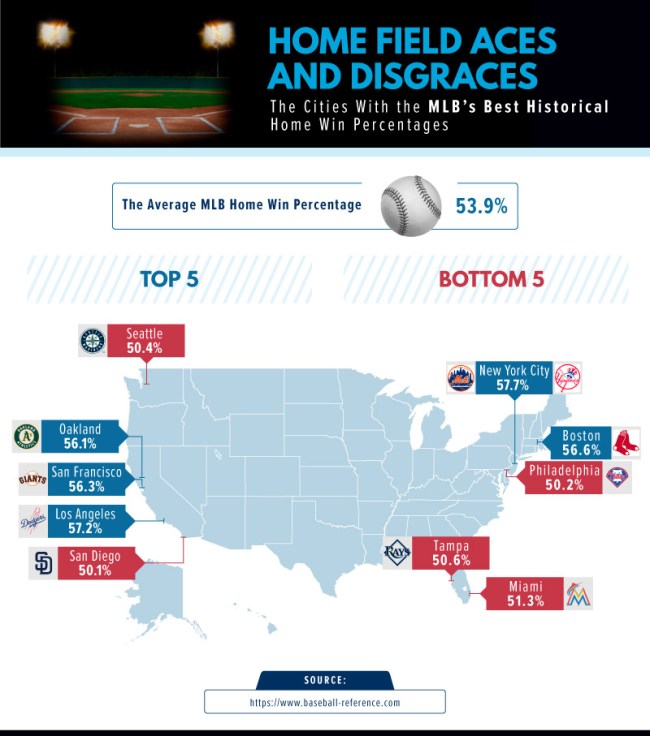 Now let’s move on to the NBA, where teams win more than 61 percent of their contests in front of the home faithful.

We already told you about the Spurs, but did you know that the Oklahoma City Thunder has had just one losing season since relocating there and changing names in 2008?

Meanwhile, the worst at-home performers are a rather predictable lot and includes the Timberwolves (last winning season prior to this year: 2004-05), Raptors and Pelicans. 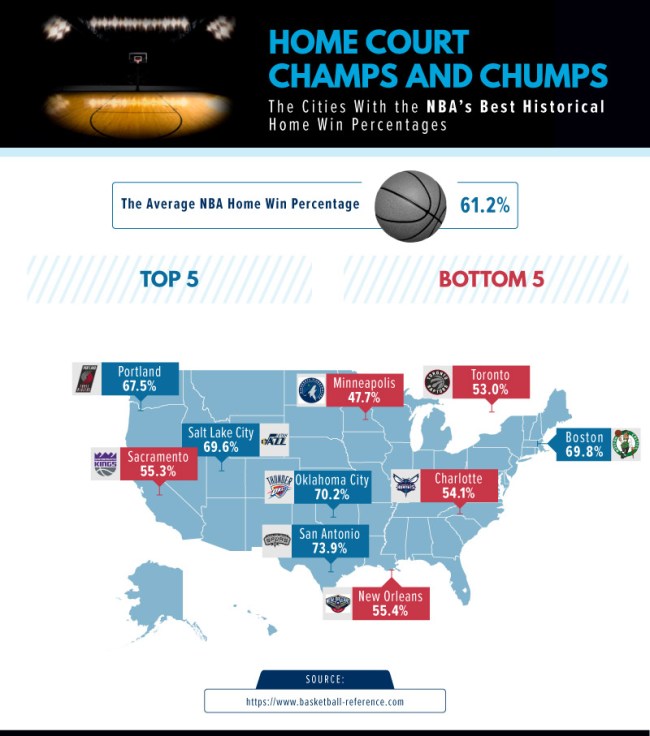 Next, we will take a look at the NHL, and see how important home ice might be during this year’s Stanley Cup playoffs.

The Montreal Canadiens have struggled lately, but fans shouldn’t be too mad considering how much they’ve been spoiled with home victories throughout the team’s history.

The Penguins, however, have had no trouble supplying recent wins at home including winning their second consecutive Stanley Cup title, you guessed it, at home in 2017.

As for the NHL teams that struggle at home, it seems like the warmer the city, the worse the team’s home record is. At least in the cases of the Panthers, Lighting, and Coyotes. We have no idea what’s going on in Columbus. 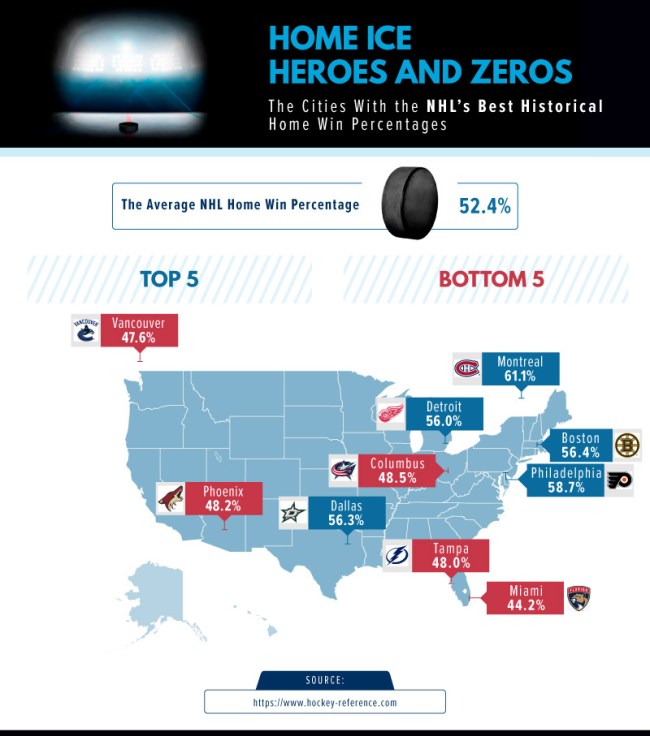