Being a top-tier athlete means making sacrifices most people could never fathom. It means waking up before the sun because those miles aren’t going to run themselves. Getting in extra reps at the gym when everyone else calls it quits. And pushing your body further than even you could ever imagine.

And in that pursuit of perfection, it’s easy to forget that the body needs rest as much as the mind does. Days off aren’t a luxury, they’re a necessity. In the latest DAYS OFF episode from Whistle, YouTuber Deestroying surprises a high school football star on his day off for some much-needed rest and relaxation.

Donald De La Haye Jr. aka Deestroying is a Costa Rican-American YouTuber with 3.6 million subscribers. He is also a former college football player and kicker for the University of Central Florida football team.

If his name sounds familiar but you’re not sure why it’s probably because you’ve heard his story before. He is the athlete who lost NCAA eligibility after the NCAA told him to demonetize his YouTube channel. The NCAA also told him he couldn’t use his name or likeness in any of the videos.

Instead of backing down, he chose to keep operating his YouTube channel which cost him his UCF Football scholarship AND his NCAA eligibility. This led to Donald De La Haye Jr. suing UCF in the Summer of 2018 and settling with the school that November and being allowed to complete his education there.

Deestroying only 94,000+ YouTube subscribers at that point in time and he’s about to pass 3.6 million subscribers at some point this week. He’s at 3.58M now. Deestroying has since collaborated with other YouTube stars including Logan Paul, Cash Nasty, and others.

The video featured above is the latest episode of DAYS OFF from Whistle. It features athletes and artists on their day away from the ground and highlights how they juggle R&R with the usual grind.

In this episode of Whistle’s DAYS OFF, Deestroying surprises high school football star Seth Zamora for some friendly competition. They get down on a game of what they’re calling ‘dodgeball’ but is really ‘bombardment’ because the balls are squishy. The twist here is they are all playing the game at a trampoline park and can do some outrageous flips to dodge the balls as they are being thrown.

They then get plugged into a computer and collaborate on some new music. This isn’t exactly how I expected their day off to go but it’s cool to see a YouTube celebrity who played college football take time to spend the day with a big fan.

If you enjoyed this episode of DAYS OFF fromo Whistle you can check out last week’s episode featuring NBA star Enes Kanter and click here to smash the ‘subscribe’ button on the Whistle YouTube channel! 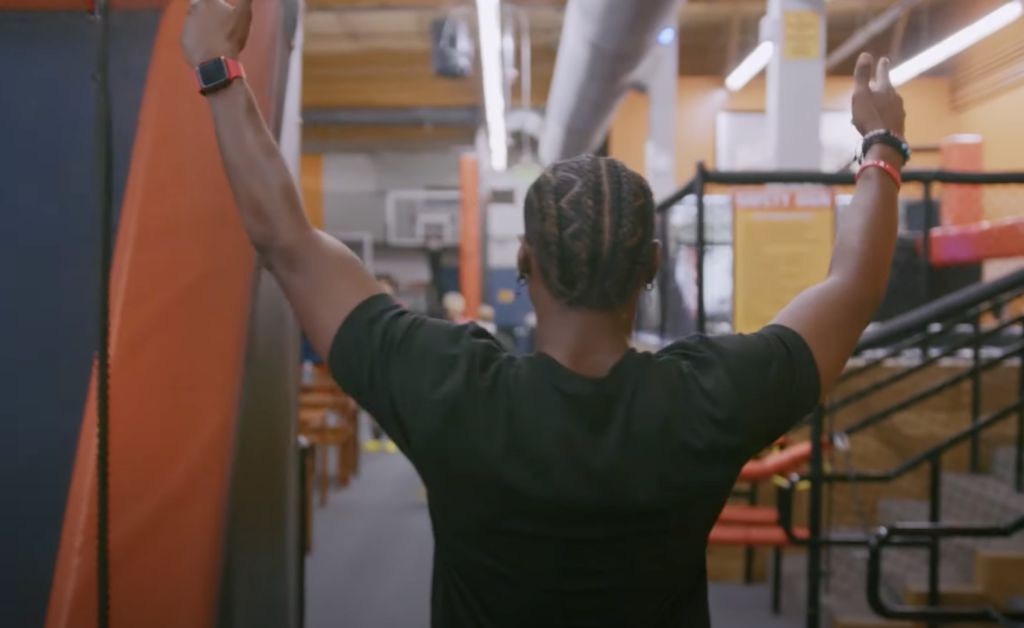