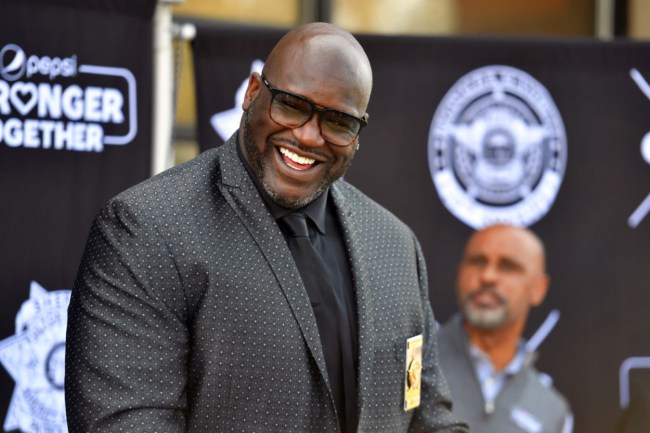 Shaquille O’Neal joined the TNT crew a decade ago and I think, collectively, the NBA world can thank him for doing so. He’s become a key piece to the network’s NBA coverage and helps make the ‘NBA on TNT’ postgame and pregame shows as special as they are.

Shaq could have gone a different direction back in 2011 when he decided to step into the media world, he could’ve gone to work for ESPN.

Looking at things now, it’s hard to imagine Shaq working for any other network, but as he explained it during an appearance on the ‘Marchand and Ourand‘ podcast, ESPN was almost a reality. O’Neal is a smart man, however, and realized TNT was the right spot for him for a couple of different reasons.

Shaq realized that TNT was going to be a bit more laid back, while ESPN wanted him to be ‘the guy.’

Another selling point for Shaq to take his talents to TNT? The legend himself, Ernie Johnson.

“Listen, I have a different type of love for Ernie Johnson,” Shaq recalled. “Ernie Johnson was a guy that I used to watch on TV. He actually came to my house when I was 17 years old to interview me. I love his voice. I love how he treats people.

“I’m not as good as Ernie. So, me being by myself, I’m gonna have to carry. I don’t think my ADHD would allow me to carry a show by myself. Being a teammate on a great team I think has done well for us.”

Joining a team with Charles Barkley, Kenny Smith, and Johnson sounds a lot more enjoyable than being the top guy at ESPN. It’s interesting to think about who ESPN may have lured to the network if Shaq did decide to sign with them, but odds are it wouldn’t have been nearly the product Shaq has helped create at TNT.