Shaq Reacts To The Nikola Jokic Incident: ‘You Hit Me, Don’t Turn Around’ 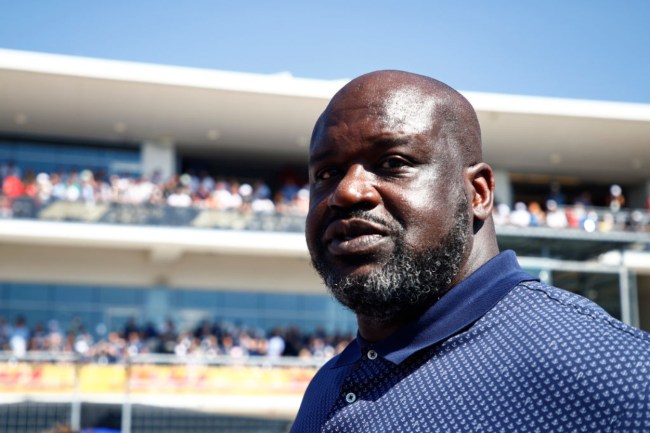 The shoving contest between Denver’s Nikola Jokic and Miami’s Markieff Morris on Monday night has gotten a reaction out of practically everyone involved with the NBA, whether it be media members or fans. While there is a fair share of people who believe Jokic’s hit on Morris was dirty, Shaquille O’Neal has a different opinion on the incident.

During Tuesday night’s NBA coverage on TNT, the panel discussed the incident. While Ernie Johnson made the point that Jokic’s hit on Morris caused a bit of whiplash, Shaq set the record straight saying that Morris was the first to shove Jokic and the Nuggets big man was simply retaliating. O’Neal says he liked seeing Jokic go back at Morris.

“It’s called retaliation. First off, when you hit me don’t turn around, don’t turn around because I’m swinging,” O’Neal explained. “I have no problem with what the Joker did. I actually like it as a big guy. You got these guys fouling on you, hanging on you. He hit him. Intentional. Unnecessary roughness. What do you do as a big guy? You go hit him back.”

"When you hit me, don't turn ya head cuz it's coming."@SHAQ and Chuck react to Nikola Jokic's and Markieff Morris' altercation. pic.twitter.com/L1rsjtZgOT

The incident between Jokic and Morris happened late in the fourth quarter in what turned into a blowout win for the Nuggets on Monday night.

Morris fouled Jokic hard just as he passed midcourt and Jokic simply retaliated. Joker is getting a bad rap here given the fact that he hit Morris while his back was turned.

Jokic and Morris were both ejected from the game and Jokic was handed a one-game suspension for his actions. Morris was hit with a $50,000 fine while Jimmy Butler was fined $30,000 for being in the middle of the action as well. Heat players actually stood outside in the hallway after the game looking for even more retaliation.