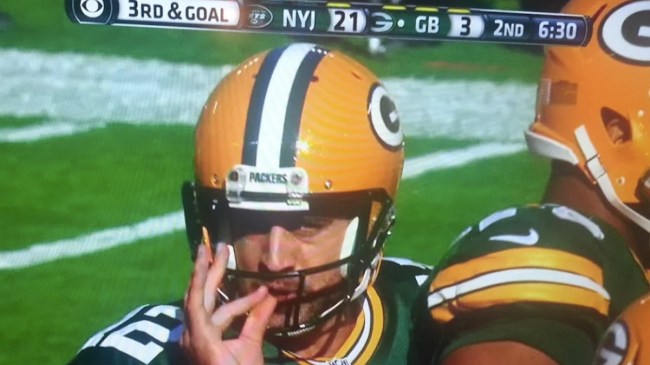 For many out there, Aaron Rodgers’ recent admission that he used ayahuasca — the highly psychedelic tea that has been used across the world for hundreds if not thousands of years — may be the first time they’ve heard of the drug.

During an interview on The Aubrey Marcus Podcast earlier this summer, Rodgers admitted that he took two separate trips to Peru — one in 2020 and one in 2022 — in order to take the drug, which he says led to “a lot of healing” and “a deep and meaningful appreciation for life.”

At the time of Rodgers’ admission, NFL spokesman Brian McCarthy said in a statement that had Rodgers been drug tested at the time, the ayahuasca “wouldn’t have triggered a positive test result on either the substance abuse or performance-enhancing substance policies collectively bargained by the NFL and its players’ association,” according to ESPN.

Will the NFL drug test Aaron Rodgers this year now that he’s admitted to using psychedelic drugs such as ayahuasca?

However, the question still remains now that the league knows without a shadow of a doubt that Rodgers is a “drug user,” will they try to catch him slipping during the regular season and test him again?

Granted, while it’s unlikely that Rodgers would jet down to South America for ayahuasca in the middle of the season, it feels safe to assume that someone who partakes in that drug — arguably the most potent in the world — might engage in some other substances, too. One does not simply just *begin* their drug journey with ayahuasca — there has to be some sort of escalation that in all likelihood began with weed at some point.

Given Rodgers’ professionalism and future Hall of Fame status, he’s obviously way too smart to get caught using by the league, but nevertheless, it’ll be interesting to see if Roger Goodell and the NFL try to rock the boat by testing him at some point this season anyway. If I’m Rodgers, with the NFL now aware of my offseason habits, I’m sticking to CBD until the Packers eventually got knocked out of the playoffs in the Wild Card round.

RELATED: Aaron Rodgers Sure Sounds Like He Already Misses The Services Of Davante Adams