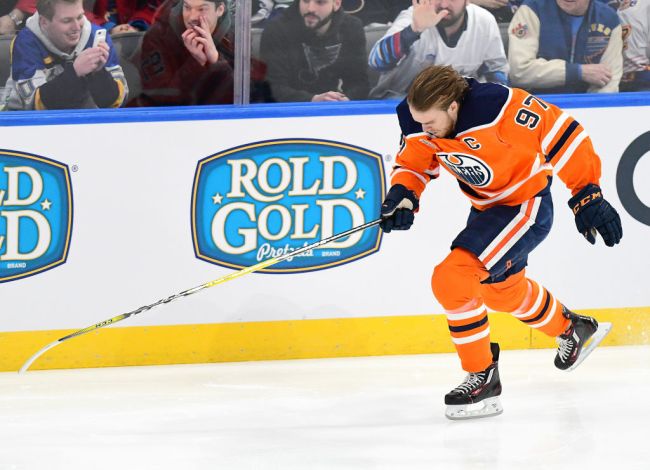 With 18 days until the start of the NHL regular season, teams across the country (and Canada) are gearing up for the 2021 campaign. The preseason begins this weekend and multiple teams got back to the grind for the first time earlier this week.

That was the case for the Edmonton Oilers, who held their first on-ice session of the season on Thursday at Rogers Place.

With two of the best offensive players in the world on the roster, expectations are high for a team that has not advanced past the first round of the playoffs for the first time since 2017. Edmonton made significant personnel changes during the offseason with hopes of building around their two centerpieces.

The star, of course, is captain Connor McDavid.

Through just five seasons in the league, the 24-year-old is impossible to contain and has four All-Star appearances and a Hart Trophy to his name. In addition to his inclusion in the All-Star Game, he has also competed in the Fastest Skater competition.

He won the event consecutively in his first three years but was upset by Matt Barzal in 2020. Despite what the competition results say, McDavid is one of the fastest players the league has ever seen and his highlight tape speaks to that speed.

When his preparation for this season began on Thursday, that notion remained true. The Oilers lined up for wind sprints after practice and McDavid was absolutely soaring out in front of his teammates.

It wasn’t even close.

Wind sprints at the end of practice. McDavid with just a little separation…. pic.twitter.com/NCj7aojUNw

Imagine just how demoralizing that is. You work all offseason to stay in shape only to line up across the goal line and get left in the dust by No. 97.

It probably isn’t a huge deal for the teammates who have played with McDavid before, but the fringe guys must be crushed. They busted ass all summer to get faster and stronger with hopes of making an NHL roster.

And then, when your moment comes to show off, McDavid turns it up to a whole different level. He’s so. damn. fast.