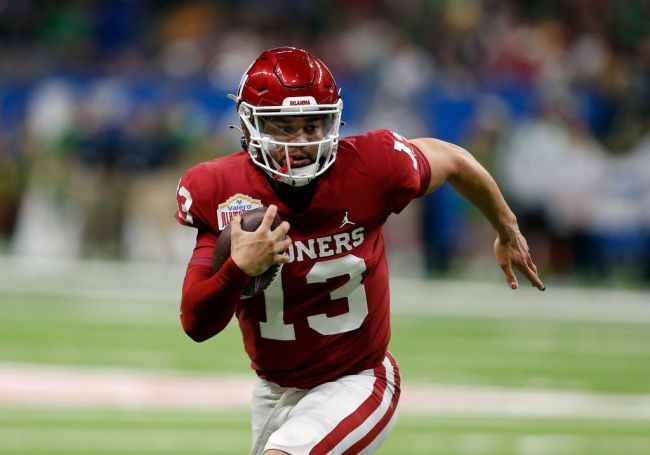 Yesterday, it was reported that Wisconsin had surprisingly joined the race for Caleb Williams as he searches for somewhere to transfer after leaving Oklahoma. The news seemingly came from nowhere, with an earlier report stating that he had narrowed his choices down to USC and LSU.

Today, Wisconsin’s Athletic Director, Chris McIntosh, added a little bit of fuel to the Caleb Williams rumors. He was a guest at a press luncheon in Wisconsin today and answered some questions from the attendees. Right off the bat, he was asked about when Wisconsin will finally be able to take the next step as a program. He gave an interesting answer.

First question out of the gate is from @Steph__Sutton, who wants to know when Wisconsin football will (finally) take that next step.

“I’m excited about where our program is heading. There’s some exciting news to be shared in the next week or so.”

It obviously isn’t a confirmation that Caleb Williams is heading to Madison. Some people believe he is talking about an announcement of a new offensive coordinator. Others think we could see some Wisconsin football NFTs. Still, the timing is perfect to get people talking about his statement.

Landing Caleb Williams would certainly help take Wisconsin football to the next level. The Badgers have struggled to reach the top of the Big 10 in recent years. After winning the first two Big 10 title games, they have lost 4 in the last 9 years. They have also never been to the College Football Playoff.

Caleb Williams could be exactly the quarterback they need to reach those heights. Last season, he took over the Oklahoma starting quarterback job in the middle of the season and came within one possession of making the Big 12 title game.

This big announcement better be something good or there will be some disappointed Wisconsin fans out there.