WNBA Players Are Sharing Pics, Video Of Some Pretty Awful Living Conditions In Their ‘Bubble’ 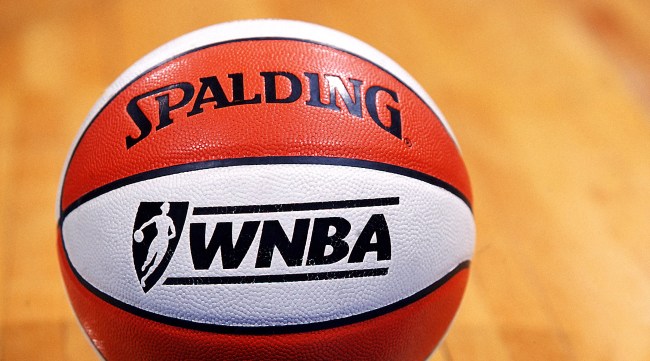 While NBA players and fans were making fun of the teams who were assigned to stay at Disney’s Yacht Club Resort as opposed to the swankier and better located Coronado Resort and Grand Floridian Resort, WNBA players are sharing the absolute squalor that they are supposed to be living in inside their “bubble” as they too get ready to begin play.

The WNBA will be conducting its 2020 season at the IMG Academy in Bradenton, Florida in an effort, like the NBA, to help prevent the spread of infection to the league’s players, coaches and staff.

Also like the NBA, videos posted to Twitter by ESPN’s Kayla Johnson show that WNBA players will also be living in a House of Mouse, only it ain’t Mickey they will be seeing.

“Just got this video from one of the laundry rooms inside the WNBA “bubble” and couldn’t be more disturbed. This is not ok,” wrote Johnson alongside a video of a bug-infested room complete with mouse trap.

just got this video from one of the laundry rooms inside the WNBA “bubble” and couldn’t be more disturbed. this is not ok. pic.twitter.com/6FC10jlcql

In a second disturbing video, Johnson shows what “appears to be a worm found on the floor of one of the rooms.”

What appears to be a worm found on the floor of one of the rooms pic.twitter.com/WRZYTxdbGo

A’ja Wilson, a player for the WNBA’s Las Vegas Aces, backed up Johnson with regard to the living conditions, commenting, “Someone said ‘I know a trap house when I see one.'”

Tianna Hawkins, of the Washington Mystics, shared this photo.

Fans, including some NBA players like Damian Lillard, as one would expect, were upset by the situation.

Smfh I hope this fake https://t.co/pZWerPpVHk

This is not suitable for anyone. Let alone a professional athlete. This looks horrible. https://t.co/dLq0tGQEbn

Apparently, not all of the living quarters are as bad as what Johnson and others shared.

i gotta step in and say that as disgusting and unacceptable as that video is…….

where i am staying (as well we many others) is super nice.

can’t watch people shit on our league more than they already do.

I want to say: I am hearing lots of mixed things, some players are satisfied at IMG. I hope the problems are addressed, quickly, and that safety is prioritized. So many players and league staff worked so hard to get to this point, and so many want to play and use their platform.

Still… come on, can’t we do better?

Meanwhile, over in Orlando…