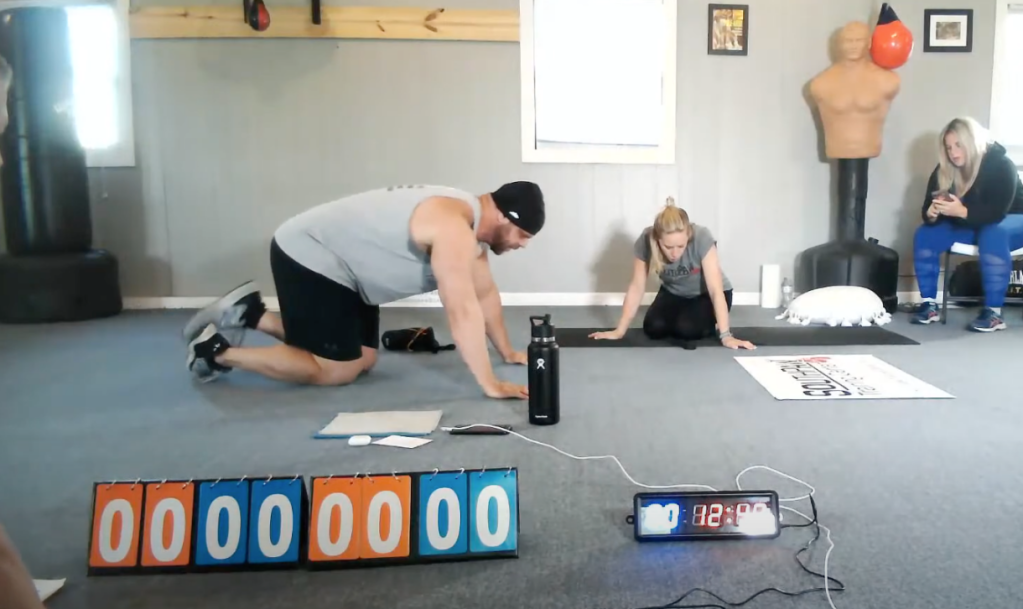 TShane Johnson of Charlotte, North Carolina is the new world record holder for the most pushups in 1 hour. He live-streamed his attempt on YouTube over the weekend (video below) and will now go through the process of Guinness World Record certification but that’s all a formality because we’re all able to clearly see him break the record.

The previous world record for the most pushups in 1 hour was 2,919. That world record had stood for over 30 years which completely blows my mind given how thirsty CrossFit athletes are to break records these days. But that one stood the test of time until TShane Johnson came along.

Johnson’s new world record of 3,050 pushups in 60 minutes destroyed the previous record of 2,919 pushups. People have come close over the years to matching or breaking the 30-year-old record to no avail but Johnson broke the record by 131 pushups.

If you’re so inclined, you can watch the live stream of his record-setting event on YouTube:

According to WRAL, this isn’t Johnson’s first brush with freakish athletic feats. In 2018, he hiked from Orlando, Florida to Los Angeles and covered roughly 22 miles away. He raised money for his foundation Hike Across America to support homeless veterans along the way.

Here’s his test day ahead of the May 1st world record attempt:

And his workout three days before he broke the world record:

Johnson told WRAL “I do these things to inspire regular people to do amazing things” and said he’s not some professional athlete making hundreds of millions of dollars but he’s taking his opportunity in life to make an impact.

After he gives his body some time to recover from doing 16,500 pushups, he thinks he’ll start focusing on some boxing and begin training for his first fight in July, and then after the nation officially returns to normal he’ll attempt another long-distance run or world record attempt.