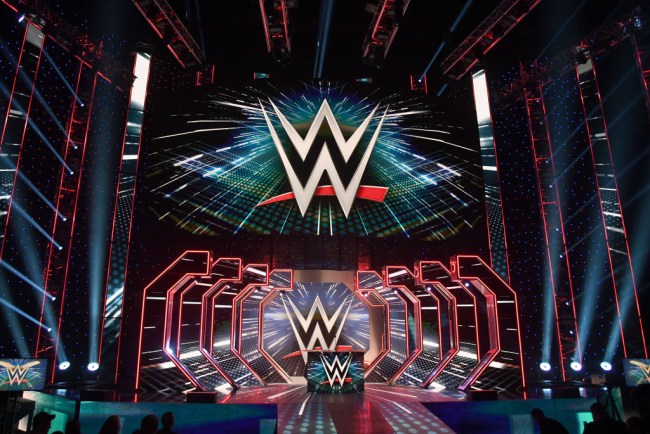 A good portion of us loved the WWE/WWF growing up. We cheered, we bought the merchandise, we went to shows. When we watched Monday Night Raw, how many of us remember jumping off the arm of the couch and elbow dropping onto a pile of cushions? Some of us still probably do it. (Sorry to my fiance´. I’ll buy a new coffee table next week). We had dreams of stepping into that squared circle and headlining Wrestlemania.

For most of us, we grew out of those dreams and got normal jobs where we can only imagine giving our co-workers a chair shot to the back. For others, we don’t let anything get in the way of our dreams.

Meet Collin. He won’t let anything get in the way of his dreams, to talk about the WWE.

It’s gym time it’s time to train is because of @LaceyEvansWWE @MsCharlotteWWE @BeckyLynchWWE @FightOwensFight who inspires me to never give up #NeverGiveUp #wwe. #gym pic.twitter.com/DxoGtCUhev

If you follow Collin on Twitter as I’ve been for the past few weeks, you’ll see him post videos previewing episodes of WWE shows and just showing his overall love for WWE.

I saw his initial video and I loved him from the start; with his not correctly tied tie it and his popped collar on his suit, he had guts to stand in front of a camera and do what he wanted to do. I knew this guy was something incredible.

Tonight is WWE Friday Night Smakdown and we have @WWEDanielBryan vs @BaronCorbinWWE vs @mikethemiz and a return of #MomentOfBliss with @LaceyEvansWWE tonight and many more Live on #SDlive all goes down tonight at 8/7c on @WWEonFOX pic.twitter.com/9QRyrRyRuT

Now, look at him! In just six weeks, he’s evolved to looking sharp on camera, and speaking like some of the best in the business.

If you look through his Twitter timeline, you’ll see one particular WWE Superstar he holds to high regard.

In my life I had found my inspiration who inspires me to never give up and believes in me and I want thank you so much @LaceyEvansWWE pic.twitter.com/9FjAb8DIk2

Macey Estrella-Kadlec, in the ring known as ‘Lacey Evans,’ is a former U.S. Marine that began her wrestling career while serving in the military. When she’s talking on the mic, and on her social media, she speaks proudly of her military background and having a wrestling career while being a wife and a mother. Collin picked a great person to be inspired by.

As Lacey is a model to Collin, he should be a model to all of us as to no matter the cards you’re given in life.

As I sit here, in my Degeneration-X shirt to help inspire me to write this article, we should all look at Collin as an even bigger inspiration.

My dreams to meet @BeckyLynchWWE pic.twitter.com/6H93B28ymV