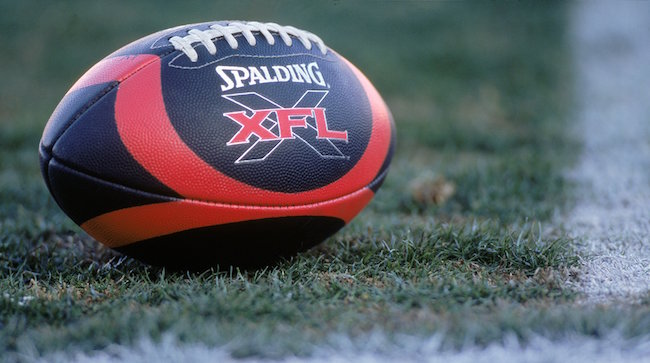 On Wednesday, a number of football flocked to Happy Valley for Penn State’s pro day. The main attraction would have been running back and potential first pick Saquon Barkley, but he declined to show up because he’s tired of being the human equivalent of a dog agility contest. However, the people in attendance had the chance to observe some of the other players who made the Nittany Lions’ 11-2 season possible.

The list of those who made the trip was filled with the usual suspects: coaches, scouts, owners, GMs, and, of course, someone from the CFL. However, there was one curious addition to the guest book: a representative from the WWE.

Vince McMahon recently announced the XFL will be making a return in 2020, so it seems a bit early to start evaluating players who have a good chance of getting scooped up in the draft. There’s a chance they’re just looking for natural athletes, but I’m not sure how you perform in football drills reflects on how you’ll do in the ring.

Pivoting from football to professional wrestling is an unprecedented move; both Bill Goldberg and The Rock went on to have successful careers in the squared circle (and Big Show played in college for a year before quitting and become a cheerleader— a story I swear I didn’t make up (unless Wikipedia is lying to me, which is an admittedly real possibility).

If this any indication, mediocre college football players should start thinking of what fake name they want on the back of their jersey in a couple of years.