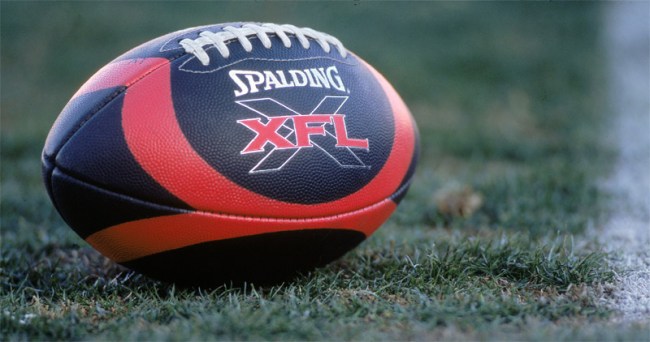 In case you missed it, the XFL is coming back and on Tuesday the XFL Draft got underway.

The XFL Draft is far different than the NFL Draft. Before the event got underway, starting quarterbacks were assigned to each team and then the first two rounds each team picks from a pool of ‘skill players.’

Before we get to the results, we have to discuss how the draft is going down at the moment. It’s being streamed on YouTube, which is cool, but it looks like some sort of Google Hangout session for a mediocre fantasy football league. It’s actually being done over a Zoom call, but then again they’re holding this thing during the middle of a Tuesday, so we shouldn’t expect too much.

The XFL Draft is going on right now and it’s being done via a Zoom call. 😂https://t.co/SAErh5ASdL pic.twitter.com/3w1a4uJY0b

Now onto the selections, here’s who went where and the schools the players played at.

You wouldn’t be the only one after reading that entire list and not recognizing more than maybe one game. The name that jumps out is Connor Cook who was drafted by Houston; he threw for over 9,000 yards and had 71 touchdowns while at Michigan State.

The XFL opens play on Feb. 8 of 2020, the weekend after the Super Bowl. Games will be televised on ESPN, ABC and FOX.