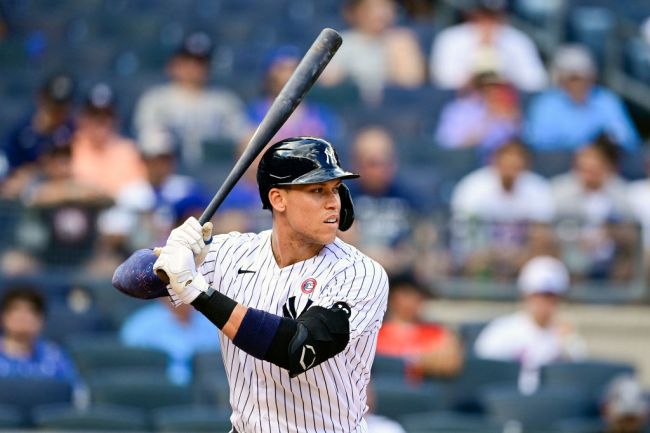 Broadcasters make mistakes all the time, and when you’re 83-years-old like Yankees broadcaster John Sterling, those mistakes more often than not get a free pass. However, Sterling’s blunder on Wednesday night is one you don’t see every day as he mistakenly called a replay of a home run a legitimate home run.

Sterling’s life calling games this season has not been easy given that he and his colleague Suzyn Waldman haven’t traveled to games at all this year. This leaves them having to call games from a monitor, and the monitor got the best of Sterling during the Yankees’ 5-4 win over the Mariners on Wednesday night.

Aaron Judge hit a home run in the top of the second inning and later in the evening, the broadcast showed the replay of the long ball. Sterling thought that it was a live shot of the game, so he reacted as if Judge had hit another homer.

“Now here’s Judge, and the breaking ball is hit in the air to deep left. That ball is high, it is far, it is gone! Unfortunately, that was a replay of the home run. But it was a good replay,” Sterling joked.

The video is something.

IT IS GONE! Unfortunately, it was a replay of the home run, but it was a good replay!

I'm sorry, it's on the monitor. What am I supposed to do? pic.twitter.com/R2lS61Au0o

Waldman sarcastically asking Sterling “This is a great way to do a game, isn’t it?” adds even more to the clip. These two are clearly sick of sitting in some random room and calling games off of a monitor.

How about we let them travel? It’s time.