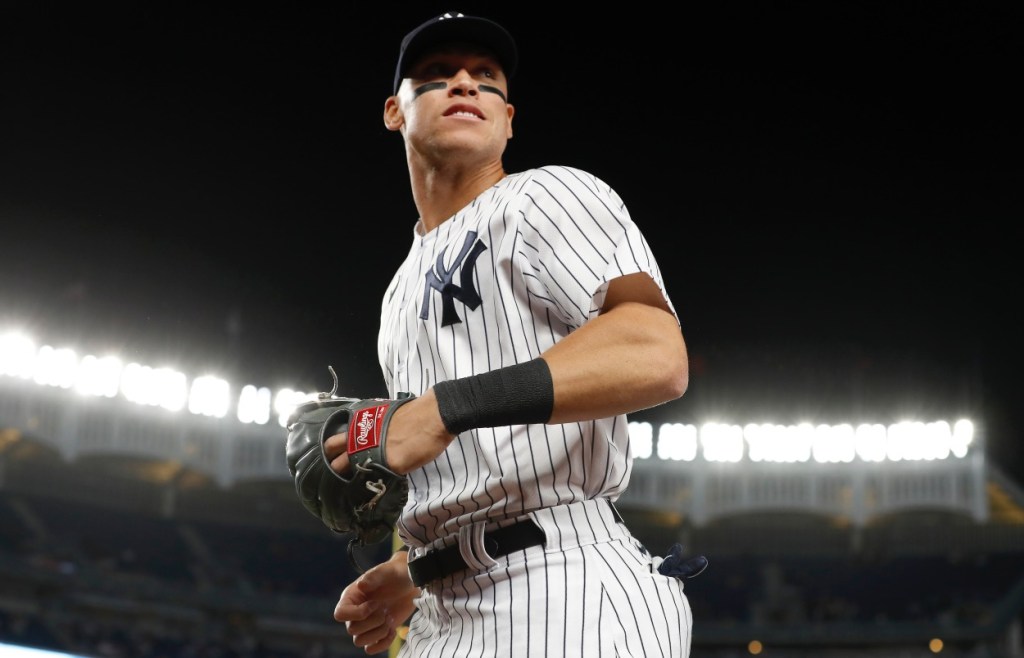 Going to a game and coming home with a ball from a Major League player is the dream of every little kid who’s a baseball fan in America. As far as (realistic) souvenirs go, it really doesn’t get better than a game-used baseball. Aaron Judge tried to make the night special for one young New York Yankees fan when another Yankees fan ruined the experience.

Aaron Judge reached out to hand the little kid the foul ball when another Yankees fan swooped in and ripped the ball out of Judge’s hand and ran away. The little kid who was waiting for the ball stood there incredulous and dejected while people on Twitter started comparing the ball thief to Zack Hample and roasting him on Twitter.

Watching that clip five or more times and I’m still astonished by the brazen thievery AND the fact that Aaron Judge actually seemed to miss the entire exchange. His eyes were on the game, not the thief. Hopefully, someone hooked that kid up later?

i’m going to the yanks and angels opener next week and I can definitely see zack hample being there. makes me upset that i might have to be in the same stadium as him

Should be every man for himself. I dont pity the kid lmao

Oddly enough, there are a ton of Zack Hample stans in the Twitter mentions:

@zack_hample would never do this. He always gives away his baseballs to the kids and is happy for them when they get them.

This is profoundly true actually lol

In response to this tweet, I’d say there are no rules in the act of catching the ball but if there’s a kid or kids nearby who wanted that ball then you give it to them *unless* it’s a historic ball like a 200th HR ball.

No rules in the Bronx Zoo

All’s well that ends well in The Bronx, I guess? Aaron Judge and the New York Yankees went on to beat the Baltimore Orioles 6-7 in the 11th inning. The Orioles put up 1 run in the top of the 11th and the Yankees responded with 2 runs in the bottom of the 11th with a walk-off hit from Jose Trevino.