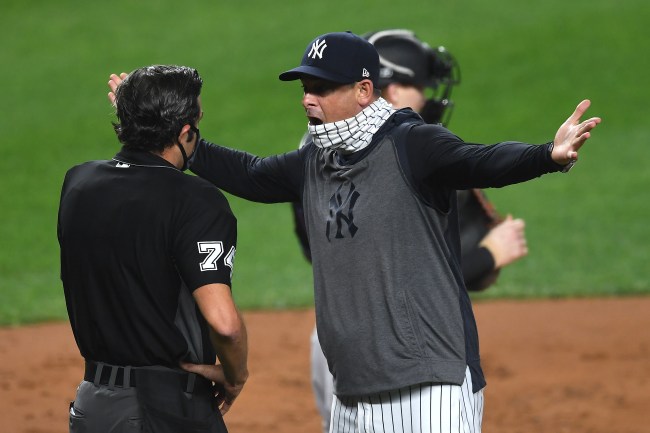 There seems to be something brewing up this MLB postseason that truly is unlike anything baseball fans have ever really seen. Outside of the obvious fact that there are no fans and the playoff format is different, there is a rivalry brewing between the Yankees and Rays that looks a lot more like the Yankees-Redsox one we have come all too familiar with. On Tuesday, the Yankees took a 1-0 series lead over the Rays with a convincing 9-3 win, but it didn’t come without a little controversy and the start of what I think could lead to an all out brawl before this series is over.

Rays reliever John Curtiss threw two up and in fastballs on both Gio Urshela and Gleyber Torres in the 9th inning that left the Yankee bench with a bad taste in its mouth. Torres followed that up by stealing second in the 9th with his squad up six runs, which some may look at as disrespectful according to baseball’s unwritten rules.

It was a September 1st game at Yankee Stadium where Yankees closer Aroldis Chapman threw a 101 MPH fastball near the head of pinch hitter Michael Brosseau which led to benches clearing and a suspension for Chapman, Yankees manager Aaron Boone, and Rays manager Kevin Cash. The drama didn’t stop there as Boone and Cash proceeded to exchange some verbal shots through the media.

There is clearly still some hostility in the air between these two teams and you could feel it in Monday night’s game. Hot take here but I think you have not seen the end of the bench-clearing altercations and late-game antics. Settle in and enjoy the ride, we are in for one hell of a series. The ALDS continues tonight for Game 2 at 5:10 pm EST.