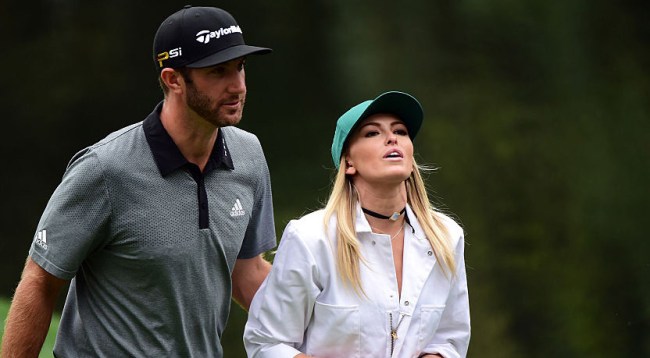 Yassie Safai, the woman accused of causing a rift in Dustin Johnson and Paulina Gretzky’s relationship, has issued a statement on her Instagram account.

After making her account private following the rumors of her being the reason behind Gretzky deleting all of DJ’s pictures on her Instagram account, Safai eventually decided to make her Instagram account public again in order to post a statement with regard to all of the speculation surrounding her and Dustin Johnson.

“I have decided to make my Instagram public again, because I want to get this message across, but will soon go inactive as I’ve seen the darker side of social media.”

“As of 3pm PST 9/10 my world has been turned upside down. A rumor is defined as “a currently circulating story or report of uncertain or doubtful truth. And I’d like to do my best to address the current rumors in circulation.”

“I am not in a relationship with Dustin Johnson. Nor have we had any prior relationship. I met Dustin Johnson at Sherwood Country Club. I have run into him at Sherwood maybe 4 times since then and yes briefly spoke with him, like I’m sure any avid golfer and member would. I am sure he is a great person but, we do not have a close friendship. I have never met Paulina Gretzky and do not know the Gretzky family, but again, I am sure they are great people.”

“I don’t believe that 3 retweets on my Twitter means that I am expressing my adoration for someone. Yes, I have retweeted 3 Dustin Johnson tweets.”

“I have no insight into the rumors around Dustin Johnson and Paulina Gretzky’s relationship. I wish them nothing but the best.”

“I just want to go back to living my normal life.”

Tuesday evening, Dustin Johnson issued his own statement, a short tweet, which acknowledged the fact that “every relationship goes through its ups and downs.”

And just like that, we… still have absolutely no freaking idea what is going on.