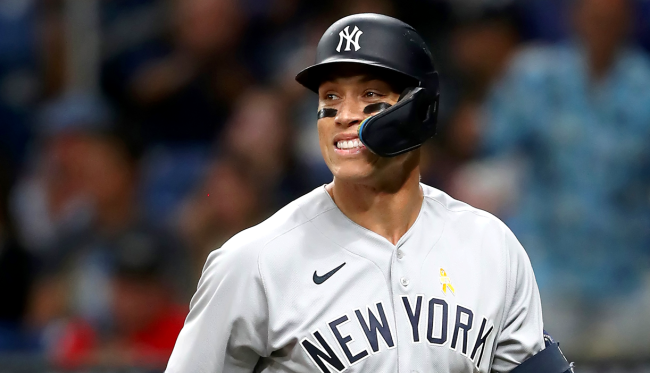 “Sad news,” YES Network announcer Michael Kay said during Sunday’s broadcast. “If you’ve ever been around a Major League ballpark in any of the sporting events in New York – football, basketball, hockey – you saw Bob Trainor there, and he passed away today. 40 year fixture in all of the clubhouses, and our condolences go out to Bob’s family and friends.

“He was really part of the fabric of New York Sports, and he was one to collect sound and the voices you would hear on the radio, that could be the sound that Bob Trainor picked up.

“So, he passed away, and again, our condolences go out to his family and friends.”

nice touch by @realmichaelkay (top 2, @yankees at @raysbaseball this afternoon on @yesnetwork) to remember a press box & locker room legend

When local radio news anchor Mike Mancuso heard the tribute to Bob Trainor he had a funny feeling about it. So he decided to do a little investigating which resulted in him receiving a phone call the next day from … Bob Trainor.

Friends, something didn't feel right about the various reports of Bob's passing, so I reached out and BOB called me this morning. HAPPY to say he's alive and doing well. Bob is thankful for all the kind words. My sincere apologizes for responding to reports without confirmation. https://t.co/DGfECBX0Ep

Good news for the friends and family of Bob Trainor!

In fairness, YES Network was far from alone in paying tribute to the longtime member of the New York sports media.

On #LaborDay, Thoughts About Bob Trainor, Those In The Scrum, Getting Stuff Done and Countering “Quiet Quitting”#sportsbiz #media …https://t.co/tl5U0lXsfs... pic.twitter.com/qdev3tO5w5

Wonder how it feels to read your own memorial when you’re still alive?

At least everyone had very nice things to say.

RIP Bob Trainor. A good heart and a fixture on the New York radio scene.

Many others who know Bob Trainor were very relieved to hear that he was, in fact, not dead.

@gordondamer So I did hear Michael Kay eulogize legendary reporter Bob Trainor during the Yankee game and heard you and Larry talking about it filling in for the guys yesterday, but I don’t know if you all have seen that apparently, he is still alive!! 😳

Fact-checking things like a person’s dead before talking about it on the air is overrated anyway.

First and foremost, the absolute shock and thrill to find out my longtime friend, press box regular, storyteller who could put Cliff Claven to shame, Bob Trainor is NOT dead.

The guy is very much alive, and the world is better for it.

At least Nick Castellanos wasn’t batting when they gave the eulogy.