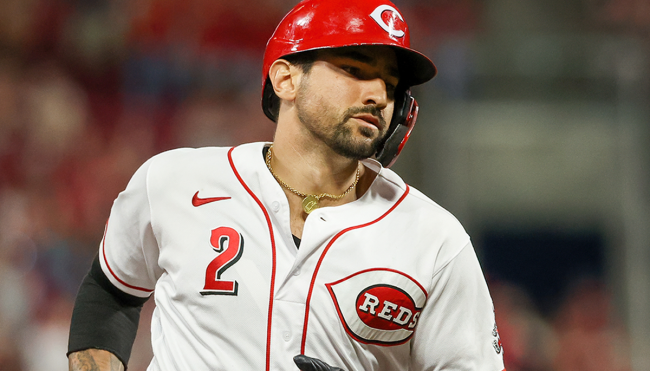 Next month, the world will celebrate the first anniversary of the fateful day a hot mic captured former Cincinnati Reds announcer Thom Brennaman dropping a homophobic slur in the middle of what would be his last game in the booth.

After realizing he was in a pile of doo-doo deeper than the Mariana Trench, Brennaman attempted to apologize for the comment a few innings later only to have his attempt to make amends rudely interrupted when Nick Castellanos hit a drive to deep left field for a home run that made it a 4-0 ballgame and created a first-ballot Meme Hall of Famer in the process.

“I’m deeply disappointed to hear the allegations made by Meghan and Harry. This is not who we are as a family, as there's a drive into deep left field by Nick Castellanos, it will be a home run, and so that’ll make it a 4-0 ballgame.” pic.twitter.com/UURgLz4zAx

"I, Joseph Robinette Biden Jr., do solemnly swear that I will faithfully execute the Office of President of the United States, and will to the best as there's a drive into deep left field by Castellanos and that'll be a home run. And so that'll make it a 4-0 ballgame.”

"It was obviously a mistake, and obviously I wouldn't have done it, I was trying to be a dad," Cruz added, as there's a drive into deep left field by Castellanos and that'll be a home run. And so that'll make it a 4-0 ballgame.https://t.co/DZmjxcdc42

Now, it appears we may have proof that Castellanos possesses the world’s most useless superpower: the ability to create some awkward television by homering to deep left field at the worst possible moment.

In the seventh inning of Monday’s contest between the Reds and the Royals, Kansas City’s broadcast team took some time to pay tribute to the father of the team’s equipment manager, a World War II veteran who recently passed away at the age of 96.

Unfortunately, they were forced to temporarily put the tribute on hold after Castellanos sent a slider rocketing into the stands, which led to the announcer remarking “There’s never a great time to eulogize someone during the broadcast” while issuing an apology of his own.

Here is the Royals broadcast of the Nick Castellanos home run.

They were eulogizing someone live on the air when it Nick went deep to left-center field.

You can not make this stuff up.