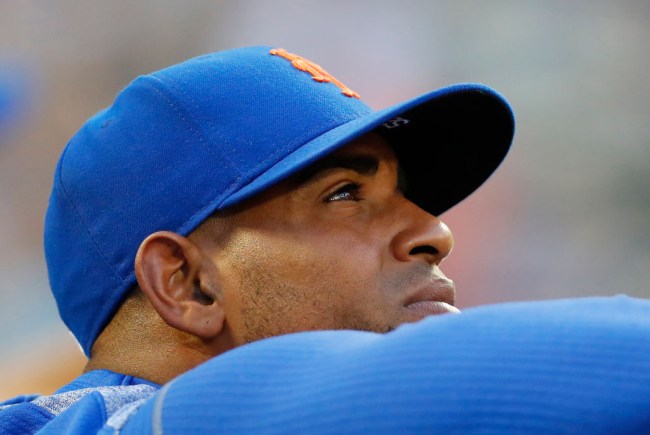 The Yoenis Cespedes situation in New York isn’t great. He didn’t play in one single game for the Mets in 2019 and has played in just 119 games in total since 2016 due to a number of injuries and surgeries and the latest development on his latest injury is quite the story.

Back in May, the outfielder fractured his right-ankle on his ranch in Port St. Lucie and the only information known at the time was that he suffered a ‘violent fall’ according to Mets GM Brodie Van Wagenen. Well, it turns out that he didn’t just stumble into a fall on his own, according to the New York Post, he fractured his ankle after being charged by a wild boar.

The Post has learned all involved parties agreed that Cespedes was injured on the ranch stepping into a hole after an interaction with a wild boar.

According to multiple people who were informed of the incident, Cespedes has traps on his ranch for a variety of reasons, including to keep boars away from people. But one boar was removed from a trap — perhaps by Cespedes — and either charged toward Cespedes or startled him, causing Cespedes to step into a hole. Cespedes suffered the fractured ankle at a time when he was recovering from surgery to both heels that already was jeopardizing his playing status in 2019. The ankle fracture guaranteed that he would not take an at-bat last season.

While the scenario for Cespedes is already pretty bad, when you look at what kind of money this wild boar could cost him, it gets even worse.

He signed a four-year, $110 million contract after the 2016 season but the contract was restructured after all of the injury woes. He received $22.8 million of what was supposed to be $29 million after not taking an at-bat last season. For 2020, the guaranteed portion of Cespedes’ contract was reduced from $29.5 million to just $6 million, but the salary rises to $11 million if Cespedes makes the Opening Day roster for New York.

If you add the salary cuts up, Cespedes is looking at around $30 million not hitting his bank account.

This is a guy that can’t catch a break health-wise and now the reason for his salary to be cut by more than half is because some wild pig charged him? Yikes.