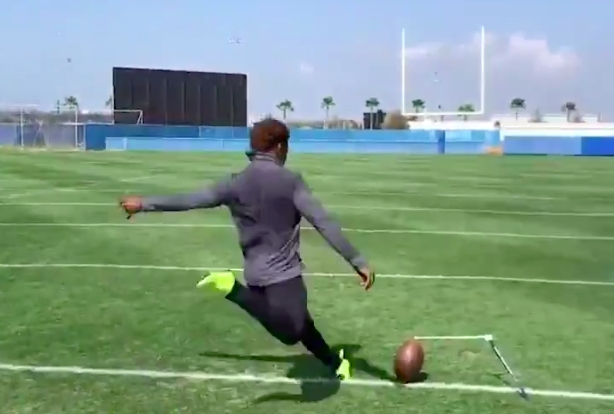 It’s been quite some time since we’ve checked in on Donald De La Haye. If the name sounds familiar, Donald is the former UFC kicker whose football scholarship was rescinded over revenue generated from his popular YouTube account, a violation of the school’s eligibility rules.

But more on that in a second.

De La Haye likely caught the eye of a few NFL scouts when he posted a video of himself drilling a 75-yard field goal.

75-yarder 😳 Should someone pick this guy up? (via @Deestroying) pic.twitter.com/m6KzuwhoqV

So many fans were quick to point out the wind was at his back, but 75 GODDAMN YARDS.

Somewhere in Chicago, the Bears staff is preparing a max contract for this dude.

Back to the ineligibility saga.

There has been no news made public over the results of the lawsuit.