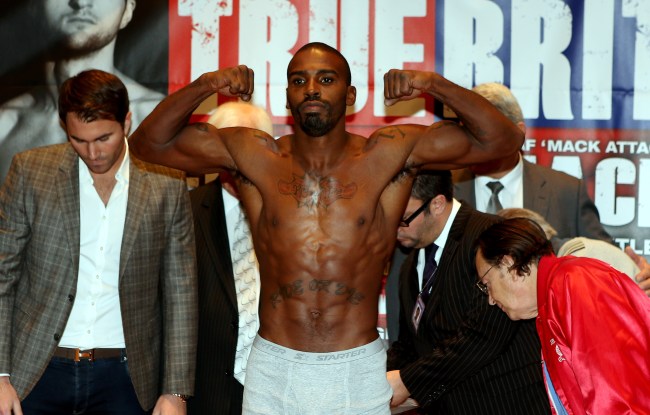 Now before you guys watch the beatdown you clicked on this post for, please let me enlighten you with a little backstory. The man delivering the beatdown is a name you may recognize–Yusaf Mack.

Mack’s lifestyle hasn’t sat well with some, namely this Philadelphia barber who has consistently been trolling Mack online about his sexual orientation. The LA Clippers barber, Hector Echevarria, was delivered a healthy dose of street justice after Mack stormed into his shop and beat the piss out of him.

After beating Echevarria to a pulp, Mack then takes a jar from the barber’s shelf and bashes it across his head, which is not seen in the video. Paramedics arrived at the scene and Echevarria told them that he may have broken his ankle.

Echevarria has not filed a lawsuit yet, but took to Twitter to do what he does best: troll.

Dude is living on borrowed time.