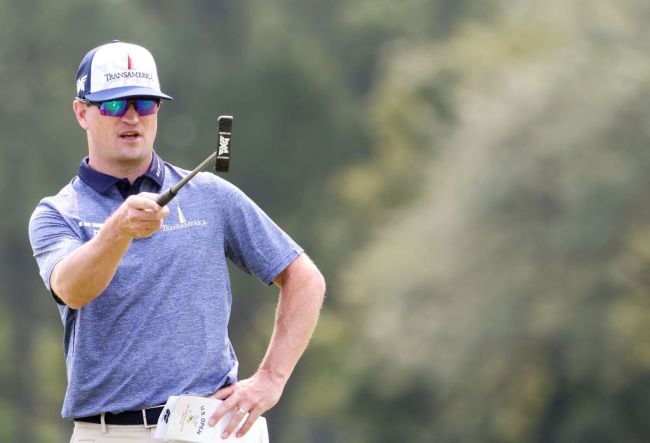 The two biggest stories heading into this week’s U.S. Open at Winged Foot were how thick and tall the rough was and how undulated the greens are. There are certain spots on some of the putting surfaces you simply do not want to be on. Sure, you may be on the green, but in some cases, you’re going to have to get creative to even have a chance at a two-putt.

Zach Johnson found one of those spots on the first green, his 10th hole of the day, on Thursday. He was only around 30-feet from the hole, but in order to knock his putt close, he thought he’d need to actually putt the ball well beyond the hole and hope it came back down off the backstop.

Well, he thought right. Johnson hit a boomerang-style putt that actually went past the hole before coming back and falling in the cup. It truly is one of the wildest putts you’ll ever see.

While plenty of players have been able to score at Winged Foot on Thursday as the course has played easier so far than most expected it to, this putt from Johnson is a prime example of just how wild and wonky the greens are.