Zack Greinke Only Cares About Reaching One Milestone, And It Has Nothing To Do With Pitching 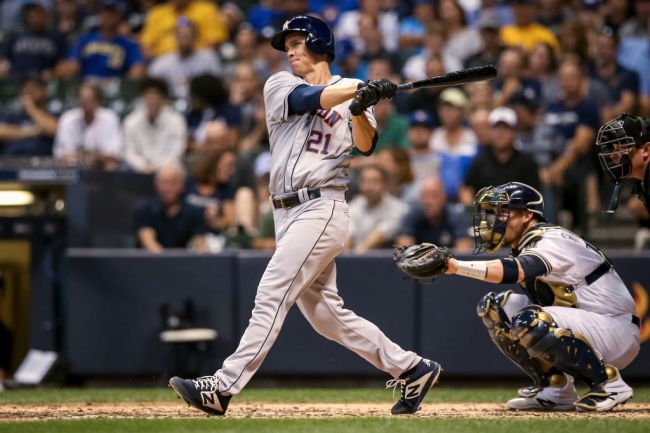 Zack Greinke is a Cy Young Award winner and a six-time All-Star pitcher. The 37-year-old has 208 wins, 2,689 strikeouts and a career 3.37 ERA. He needs just 311 strikeouts to reach 3,000 and is 12 wins away from passing Hall of Famers like Pedro Martinez, John Smoltz and Don Drysdale. Even with some of the biggest milestones in pitching on the horizon, Greinke has his sights set on an exclusive club that has nothing to do with his 17 years on the mound.

When he was asked which milestone he cared most about reaching, he answered that he wants to hit 10 home runs and steal 10 bases.

While this may seem like a lofty goal for a pitcher, people forget that he has a pair of Silver Sluggers to his name. Greinke has a .225/.263/.337 career slash line and nine hoe runs and nine stolen bases. He needs just one more home run and one more stolen base to reach his mark, but he was presented with a problem when he was traded to the American League in 2019— where the designated hitter bats in place of the pitcher.

Greinke has made 22 starts since the Houston Astros acquired him in a trade on July 31, 2019, but has only hit in one of them. He made the most of his two plate appearances against the Brewers in September of that year and singled in both. After reaching base on his second at-bat, he was caught stealing for the first time in 10 career attempts.

If Greinke can get some at-bats during interleague play this season and reach the 10-10 mark, he would be only the second pitcher since 1920 to do so. Bob Gibson compiled 24 dingers and swiped 13 bags during his 17-year career. The universal DH is coming soon, and the Astros aren’t likely to forgo the position in favor of sending Greinke to the plate, so the clock is ticking.