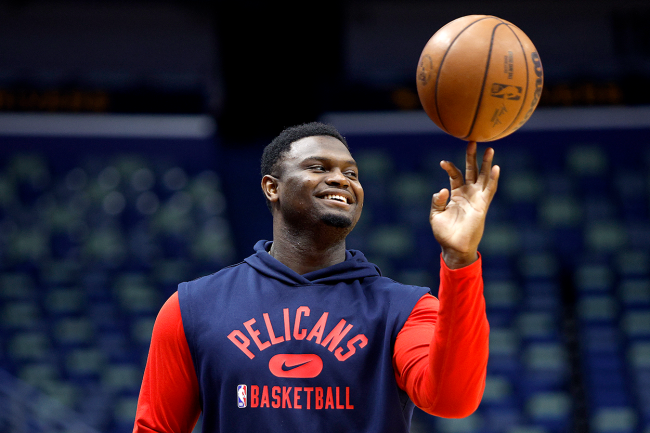 Zion Williamson has not played a full game of competitive basketball since 2021, but it looks like he is ready to get back on the court. The former No. 1 overall pick recently went viral — again — for one of the most casual 360-degree dunks that you will ever see.

On Saturday morning, a video surfaced from outside of the Parisian Games that showed Williamson in street clothes on a blacktop court. He flips the ball over to someone standing just outside of the pain who tosses it back.

Williamson proceeds to take one dribble and three steps before launching up toward the rim, going all of the way around and jamming home a one-handed dunk. Take a look:

For anyone to throw down a 360-degree dunk with such power is impressive. To do so without even taking a hop step or getting any sort of momentum with a run-up is just insanely athletic.

The video of Williamson’s dunk comes not long after images surfaced of the former Duke star looking like Thanos at a recent workout. One of the biggest knocks on the Pelicans star has been his inability to stay in shape. Based on the viral photos from a few weeks ago and the video of his walking 360, it looks like he is ready to get back on the court.

Williamson and the Pelicans agreed on a five-year, $193 million extension during free agency last week, so it looks like the team thinks he is at full health. It certainly looks that way!