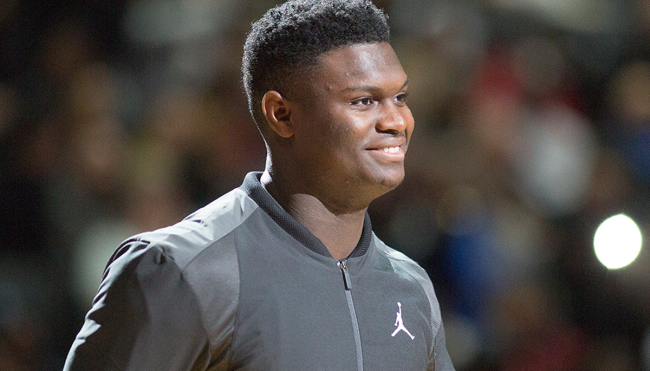 When you consider how much money the NCAA has raked in over the years courtesy of the student-athletes who appear to be poised to finally get a piece of the massive pie they’re largely responsible for baking, I personally find it kind of hard to blame star players for accepting illicit outside offers to give themselves and their families a bit more financial stability.

However, it is incredibly easy to blame them and the people responsible for dropping off the bag for ignoring the Golden Rule of criminal conspiracies that Stringer Bell famously outlined on The Wire: never leave a paper trail.

According to The News & Observer, it would appear former Adidas executive Chris Rivers forgot to keep that handy tip in mind when he wired multiple payments to members of Zion Williamson’s family when the current Pelican was making a name for himself in high school.

On Monday, the outlet got its hands on unsealed federal court documents related to a civil lawsuit filed against Adidas by Brian Bowen, a former five-star recruit who saw his career derailed when he was suspended by Louisville after an FBI investigation revealed his family had been paid to sway him to play for the Cardinals.

Those documents include bank records showing a company controlled by Rivers sent money to an account shared by Williamson’s stepfather Lee Anderson and his mother Shardona on four different occasions between 2016 and 2017 amounting to $5,000. It also appears an account affiliated with Anderson’s furniture store received unspecified payments from another tied to Rivers, which would’ve made Williamson ineligible to play college basketball.

This isn’t the first time Williamson and his family have been accused of soliciting potential bribes from Adidas. However, based on other accusations that have come out since his one-and-done season, Duke may have offered them an even sweeter compensation package than the people affiliated with the apparel company, which failed to get any return on these apparent investments.