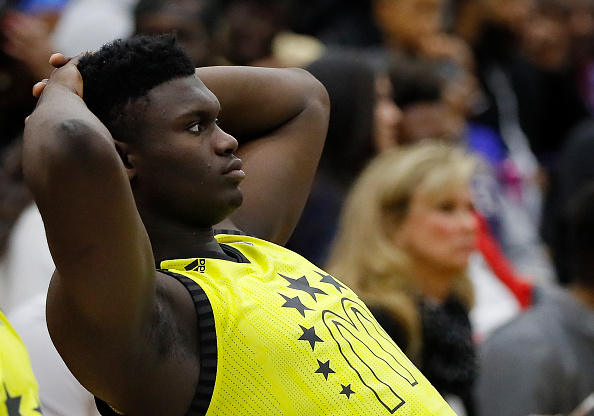 While speaking to the media yesterday, Duke coach Mike Krzyzewski said that he hadn’t been following the federal trial concerning alleged corruption and fraud in college basketball.

Unfortunately for Krzyzewski it seems like he might be forced to follow the trial a little closer now that Zion Williamson’s name has been brought up.

According to Dan Wetzel of Yahoo Sports, a taped conversation between former Adidas employee Merl Code and Kansas assistant Kurtis Townsend discussing the financial requests from Williamson was presented in today’s court proceedings of the basketball corruption trial.

In a September phone call between Townsend and Adidas consultant Merl Code, the discussion turned to KU’s recruitment of Williamson, a top-five national recruit out of South Carolina. Mark Moore, one of the attorneys for Code, read a transcript of the call.

Code: “Hey, but between me and you, you know, he asked about some stuff. You know? And I said, ‘Well, we’ll talk about that, you decide’ … I know what he’s asking for. He’s asking for opportunities from an occupational perspective, he’s asking for cash in the pocket and he’s asking for housing for him and his family.”

Townsend: “I’ve got to just try to work and figure out a way because if that’s what it takes to get him here for 10 months, we’re going to have to do it some way.”

Williamson eventually chose to go to Duke and is probably going to be a one and done recruit considering many believe he’s a top 5 pick in the 2019 draft class.