One of the few interesting WWE storylines over the last few months has been Roman Reigns ascent to the top of the mountain as a cocky, cheating heel.

The self-proclaimed “Head of the Table” has been outright unlikeable, treating family members and fellow WWE performers like nothing more than peasants.

Reigns’ brash and condescending attitude is also evident on his social media account where the current WWE Champion will occasionally rip into fans for fun. Even WWE performers aren’t safe from “The Big Dog” online.

Case in point -Reigns recently leaving a hilarious burn on “King” Baron Corbin’s Instagram account. Corbin posted a photo after falling off his mountain bike into a bush.

“Would you believe me if I told you I landed in the bushes on purpose?” asked Corbin in the caption.

Roman Reigns took the opportunity to make fun of Corbin. 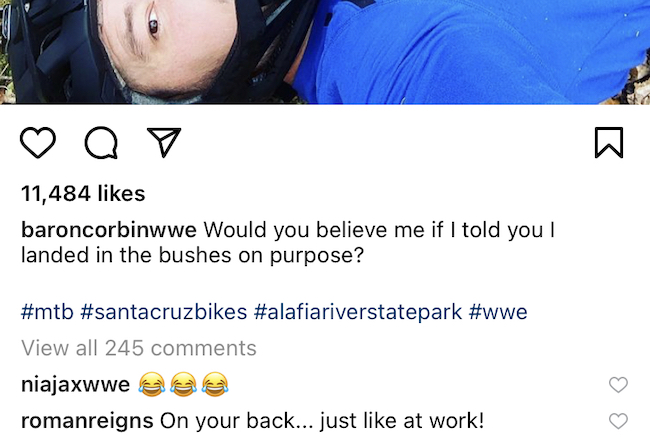 Damn. That probably hurts more than the spill off the bike.