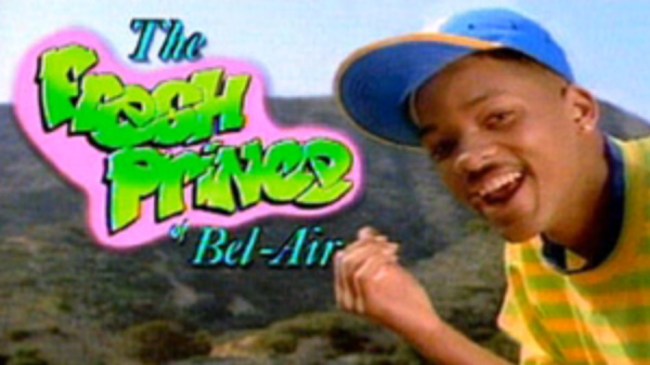 On September 10, 1990, a star was born when Will Smith appeared in The Fresh Prince of Bel-Air. Nearly 30 years, over 50 TV and movie roles, and $250 million later, Will Smith is still considered the Fresh Prince. Smith was recently given a pair of Fresh Prince-inspired kicks that are totally ’90s.

Big Willy flaunted these custom Nike Air More Uptempo ‘Bel Airs’ that will instantly bring you back to the days of The Fresh Prince of Bel-Air. Featuring plenty of highligter pink and green coloring, these sneakers have a very ’90s feel. The Nike Air More Uptempo first dropped in 1996 and this custom looks like they never saw a day past Y2K.

Modeled after The Fresh Prince of Bel-Air logo, they look like they were made for chillin’ out, maxin’, relaxin’ all cool. These shoes were gifted to Smith by tattoo artist Jimmy Butcher AKA @thebutcherbrand. Smith shared a photo of the Nike Air More Uptempo ‘Bel Airs’ on his Instagram with the caption: “Hot Art & Kind Words.”

Maybe if Will was wearing these fly kicks then he wouldn’t have gotten rejected by Sophia the Robot. While we’re talking about The Fresh Prince of Bel-Air, check out this dark parody of the hit ’90s show by SNL that features the Yakuza and Method Man.