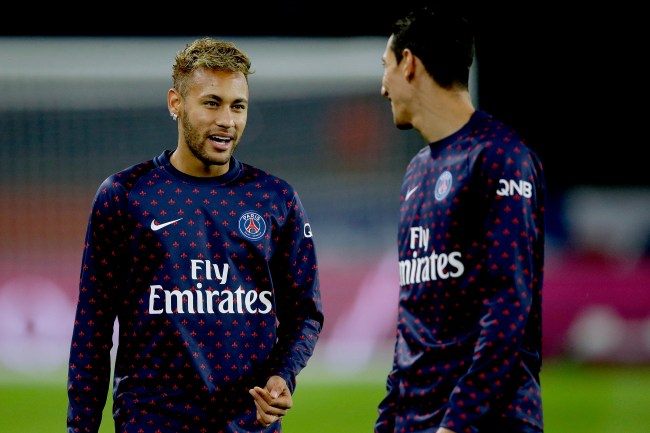 A lot of people graduate college with plans to become a self-made millionaire before the age of 30 and few succeed. Some people skip college altogether in hopes of making it rich as a pro athlete, musician, or artist. Sooner or later, those successful ones end up on one of the annuals Forbes lists of people raking in ungodly amounts of money.

As we inch towards the end of the year, Forbes will likely be publishing all of their ‘successful people who make you feel poor’ lists. Today, they dropped their ‘World’s Highest-Paid Celebrities Under 30 In 2018’ list with 21-year-old Reality TV star Kylie Jenner coming in at #1. She managed to earn $166.5 million this year which will be added to her $900M+ fortune.

The list is comprised of almost entirely athletes, musicians, and whatever the hell you’d consider Kylie Jenner. I guess she’s just a celebrity, whatever that means. While the others are all celebrities by way of being pro athletes and worldwide successful musicians.

Scrolling through the list, the thing that surprised me the most is that Taylor Swift isn’t 30-years-old yet. You could’ve told me she was 35 and I would’ve believed you. You also could’ve convinced me that Ed Sheeran is 39-years-old and I wouldn’t have argued.

What the shit is the dude from The Chainsmokers doing on that last? Was he getting paid a few million dollars per weekend last Summer to hit the festival circuit and perform in Las Vegas every other night? That’s the only explanation I can come up with.

Neymar Jr. plays for PSG and has an enormous contract with Nike. He signed a 5-year contract with Paris Saint-Germain for $350 million. He’s also got a huge contract from RedBull and plenty of other global brands are paying him. I’ll be SHOCKED if he isn’t ranked #1 on this list sometime before his 30th birthday (he’s currently 26).

To see how these celebs all made their money you can click here to see the article on Forbes.