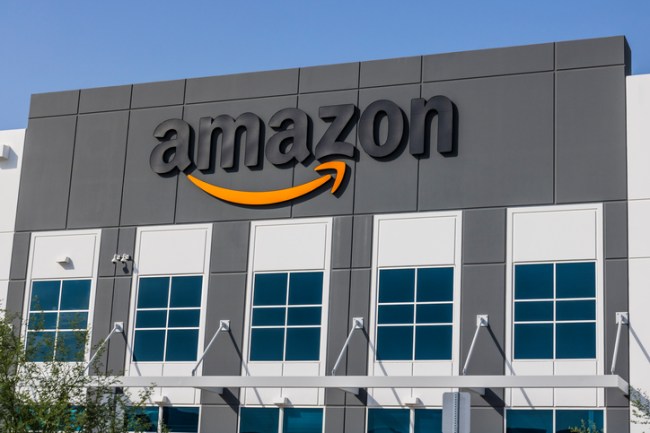 Amazon announced yesterday that it is canceling its plan to move part of HQ2 to New York City. A break up on Valentine’s Day is awfully savage, even for Jeffrey Commerce.

New Yorkers were, for the most part, at least moderately stoked when news dropped last November that Amazon would be bringing HQ2 along with 25k jobs and a $2.5B investment to Long Island City (Queens) … or so we thought.

As part of the deal for HQ2 it was generally understood that whatever “lucky” city landed Amazon would provide a literal sh*t ton of tax incentives and kickbacks. Apparently, that didn’t jive with some key unions and lawmakers throughout the city.

Not up in here!

The two major complaints about the plans revolved around the size of the tax incentives Amazon was set to receive and its anti-union stance on labor. Governmental bodies and hipsters alike believed that Amazon should not be receiving the proposed $3B in tax incentives it was promised by the State of New York and that the company should allow its workers to unionize.

Word is that Amazon hasn’t reopened a search for a second HQ2 or changed plans for Northern Virginia or Nashville build outs, assuming, of course, Jeff Bezos will still be able to have his way with the respective municipalities. In search of tech talent, it remains to be seen if Amazon can fill it’s employment needs.

Since Jamie Dimon most certainly isn’t *wink wink nudge nudge* running for President in 2020, what’s the only way for him to ensure that his mean-mug will be memorialized on legal tender? You guessed it: create a cryptocurrency.

JPMorgan Chase plans to introduce the “JPM Coin” to facilitate the transfer of funds between corporate clients that utilize its treasury services. The Dimon-bucks will be pegged to the US Dollar (i.e. 1 JPM Coin = 1 USD) and will allow for the instantaneous transfer of value.

Us too. Not only did Jamie Dimon throw shade at the hottest crypto-coin of 2017, but JPMorgan barred Dogecoin (and other crypto) enthusiasts from buying alt-currency using its credit cards.

Of course, JPM isn’t exactly paying DJ Khaled to hawk an ICO with this crypto play. The secure ledger network will remain internal to JPM, unlike the public blockchain.

Donnie Deals knows a shutdown is bad for business, but also still wants his wall. The White House announced on Thursday that DJT would sign a funding compromise to avoid a shutdown … and will likely declare a national emergency to secure wall funding. The bill passed the House and Senate on Thursday.

The new plan allocates $1.375B for 55 miles worth of new fencing on the US-Mexico border, short of the $5.7B the president was looking for. In addition to border security, the new bill provides funding for nine federal departments through September 30, the end of the US government’s fiscal year. The new bill also gives federal civilian employees a 1.9% pay raise.

Declaring a national emergency to fund the rest of the border fencing presents a whole new set of issues. House Speaker Nancy Pelosi warns that it sets a precedent for executive overreach that could, in turn, be used by a Democratic president to address things like gun control or climate change. If the national emergency is declared, it’s expected to be challenged in the courts, which isn’t surprising.