Apple Shares Get Pummeled; Gold Is Where It’s At; Huge Pharma Merger

Drug maker Bristol-Myers Squibb announced that they are purchasing Celgene, in a $74B cash and stock deal. Celgene shareholders will receive one share of BMS and a fresh Jackson for their Celgene stock (totaling $102.35), assuming that Bristol shareholders approve the deal.

Bristol is currently the 8th largest US drugmaker with $20.8B in revenue (2017 figures). However, one of its key immuno-oncology (read: cancer-fighting) drugs called Opdivo has fallen behind competitor Merck’s Keytruda, and the gap was widening. Rather than become a target for acquisition the brass at Bristol decided to pull the trigger on Celgene.

At this time last year, Celgene was looking scoop up a competitor itself, but after a risky deal for Juno Therapeutics didn’t pan out, the tables turned. The stock had dropped roughly 37% before rocketing up 20% yesterday on news of the deal.

What does Celgene bring to the table? Its lineup touts the best cancer fighter since Russel Crowe. Meet Revlimid, its best seller to date. The only problem? Its patent is set to run out in 2022, so revenue is expected to dry up.

Investors for BMS are not, how do you say, ecstatic (or even remotely happy) with the deal. The pessimism sent Bristol-Myer’s stock down 13% yesterday. On top of Revlimid opening up to generic competitors soon, Celgene holds $20B in debt.

That is, of course, on top of the $12B in debt Bristol-Myers will take on to finance the deal. All in the deal will nearly quintuple Bristol’s previous long-term commitments. Pretty sure this is a plot line in The Heartbreak Kid. 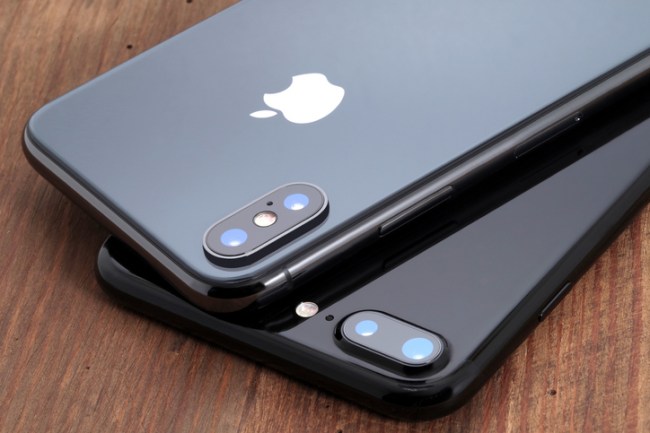 Apple’s 2019 has been very “2018” thus far. On Thursday Apple shares suffered their largest single-day loss in over 6 years. Just one day after cutting revenue guidance in a letter to shareholders, Apple’s stock price plummeted almost 10%, marking the worst trading day for Tim Cook and Co. since 2013.

Since the fourth quarter of 2018, shares have dropped almost 30%, making AAPL’s $1.1T valuation seem like ancient history. After losing more than $450B in market cap, the company has settled below $700B. Big tree fall hard, right?

So, what are you going to do about it?

Cook is making a push for users to upgrade their phones. He blamed China’s slowing economy and lack of carrier subsidies for the revenue drop, and believes that pushing Apple’s current trade-in program can help counter some of these roadblocks.

But that isn’t the only trick Timmy Cell Phones has up his sleeve. Another option for Apple fanboys looking to get their hands on the latest and greatest would be to upgrade their phone on a payment plan, similar to those currently offered via carriers. Translation: stupid people will be more receptive to small monthly payments.

Or, of course, Cook could champion not charging a harvested organ and a first-born child for a cell phone.

WHERE THE GOLD AT?

Need proof that sh*t is about to hit the fan? Look no further than the price of gold. That’s right, we can measure economic strength via Chumlee’s favorite rare earth metal. Gold hit its highest price since June at $1,292.32 per ounce.

Gold miner stocks had their best December since the recession. And the good times have continued into 2019. Why, you ask? Because gold is traditionally known as a “safe haven” investment during times of trouble (read: now). The only thing safer? Your first edition, mint condition Princess Diana Beanie Baby.

Why the gold rush?

Welp, things aren’t looking so hot for the economy now and investors are hoping to store their money somewhere besides their mattresses. The US-China trade spat looms large as does the news coming out of Cupertino yesterday.

But wait there’s more! Lackluster economic indicators are aplenty. Oh, and did I mention Apple?