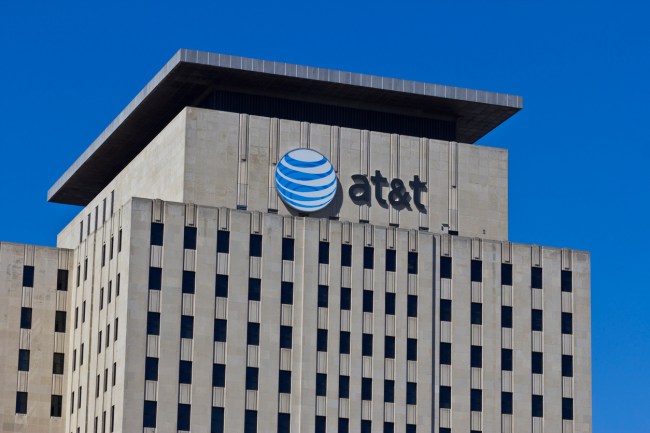 The US Department of Justice is limping off with its tail between its legs after losing an appeal that would have killed a proposed $85B AT&T-Time Warner deal (a deal that has already technically closed). And it appears that there is no fight left in the civil servants …

In June of 2018, a judge overruled an initial attempt by the DOJ to make the AT&T purchase its b*tch. The Department claimed that AT&T would jack up prices of its popular entertainment options once the merger had became official. But US District Court Judge Richard Leon upheld the merger as “totally kosher.”

Nothing if not persistent, the Department of Justice persevered in its crusade to interfere in a little thing called capitalism, appealing the ruling. And today a federal appeals court three-judge panel upheld the case, rebuking the DOJ’s claims that the initial ruling was on some bullsh*t (the DOJ claimed Judge Leon didn’t understand economics and common sense)

But at long last, the Department has vowed to lay down its sword, deciding to take the L and discontinue its fight.

The DOJ antitrust team will undoubtedly be jeered relentlessly at Department happy hours for years to come … and, of course, the ruling sets a precedent for vertical tie-ups for as long as free markets reign in our great nation.

M&A activity between telecom and media companies has become the integration du jour, so the importance of such a ruling may have far-reaching consequences.

Fiat Chrysler has plans to kick ass and take names in Michigan. The automaker will spend $4.5B to expand factory production in the land of Vernor’s and the Insane Clown Posse, where Chrysler’s journey began back in 1925.

Earmarked as part of the investment are a new Jeep assembly plant in Detroit and an additional 6.5k jobs as part of an effort to restructure its manufacturing operations. The road to restructuring began under Sergio Marchionne, the former CEO, who died in July.

You win some, you lose some

It’s not all sunshine and Faygo over in the Rust Belt, however. As part of the restructure, Fiat Chrysler announced that it would be laying off 1.3k workers at a plant in Illinois. That plant is the home to Jeep Cherokee production. Cuts at the factory are designed to align production and demand both within the US and globally.

Pedal to the metal

Fiat Chrysler isn’t the only automotive giant jonesin’ for a deal. Volkswagen has announced that it will invest around $1.7B in Ford’s Argo self-driving car unit. The move would make VW and Ford equal joint venture partners in the endeavor for EVs.

Auto companies have been hopping into bed together as of late in an effort to share the burden of massive investments needed to stay relevant as the world shifts away from its fossil fuel dependence. Yes, even diesel, VW.

The Senate Finance Committee had one message to Big Pharma companies yesterday: lower drug prices. The collective response from the respective CEOs of Pfizer, Merck, and AbbVie among others was a Randy Jackson-esque, “that’s a no from me, dawg.”

The SFC questioned companies as to why drug prices in the US are twice as high as those in other advanced countries. Further, the Committee challenged the companies’ claims that higher profits were put to use for research and development of new medicines.

Of course, pharma bros aren’t the only ones to blame …

Here’s a breakdown of the current pharma distribution system, which highlights a clusterf*ck of insurance companies, pharmacy benefit managers (PBMs) and a complicated (and lucrative) manufacturer rebate system.

Some execs went as far to suggest to the Senators that the aforementioned PBMs and insurance companies are driving prices up. According to the panel of CEOs they need to keep prices high in order to ensure tantalizing rebates for the PBMs which are in turn more likely to carry/recommend their drugs.

Forcing drug companies to keep Medicare prices low is another point cited by drugmakers. The manufacturers need to compensate for that lost revenue elsewhere (read: the general public). Thanks, grandma.

Thanks, but no thanks

The bottom line? Drug companies don’t plan on reducing prices … unless of course, Johnny Law forces them to do so via legislation.